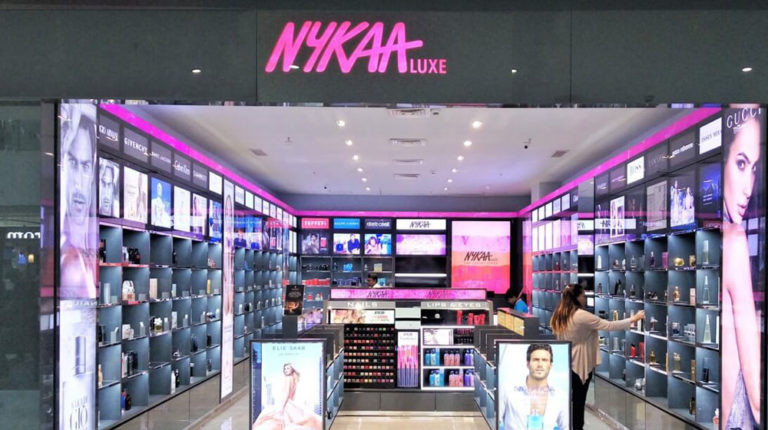 Nykaa, the Mumbai based multi-brand company was established on April 2012 as an e-commerce site. Later, as the online sale started to grow on hits, the company decided to make it physical by the grand opening on November 2015.

With its tremendous growth, Nykaa is found to progress towards one of the milestones as the first 100 billion dollars Indian company. Nykaa had won the hearts of ladies across the country by its own brand products and great offers throughout the seasons. The e-tailer has it for everyone and every occasion just in case you miss out your last minute regime.

The company with its unique business module and mantra had made this great success hit them. Nykaa has planned on 30 stores across the country to make shopping exciting for its customers. Nykaa is now trending as talk of the town. It had raised a funding of $14 million from Singapore based TGP Growth IV SF which made Nykaa’s valuation touching margin of $724 million.

It was a woman’s dream to make a stir in the online market among the other women of her nation. As she kept dreaming, she did walk through her dream by online cosmetic market calling it Nykaa. She had her company on constant growth right from the beginning by working on great achievement like NykaaNetwork, NykaaDesignStudio and NykaaMan. It was Ms. Falguni Nayar who had given India another talk about among the other nations. She made this possible with her devious dream of making Nykaa first 100 billion dollar Indian company.

It is time for us to cheer her up by supporting her everlasting dream and success. She is another example that women are the wisest entrepreneur.