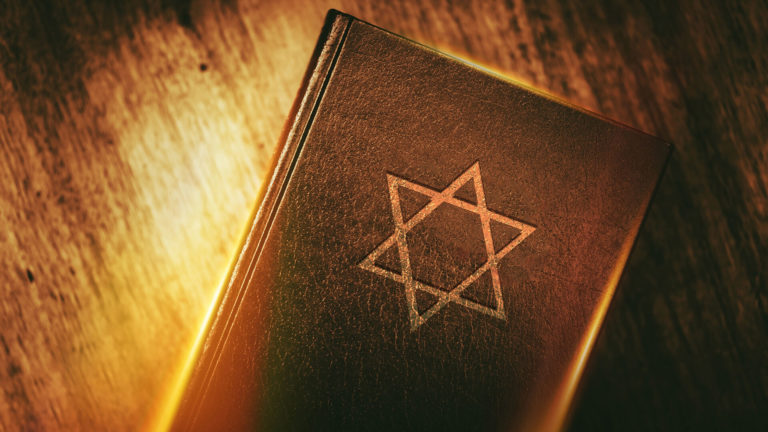 The history of the Jewish people begins in biblical times. Jews have been counting their calendar on this basis since the biblical beginning of the creation of the world, which makes 2019 the Jewish 5780 year according to the Gregorian calendar.

The first country they lived in was along the eastern coast of the Mediterranean Sea, called Canaan, the territory of ancient Palestine, later divided into two countries by Judea and Israel.

The name Palestine was brought by the Roman emperor Hadrian in 135 AD. n. e. barring the name of Judea after the suppression of the Jewish uprising in the same year. This period is related to the so-called Eastern period of Jewish history before the migration of the Jewish population to European countries – or the Western period. Most of the history that speaks of the life of the Jews at that time is found in Bible sources.

In 586 BC, the period of Jewish independence ended with the destruction of the Temple of Solomon in Jerusalem and the fall of the Jewish Empire. This begins the great displacement of Jews around the world.

The significant presence of Jews outside Palestine and the flourishing of Jewish communities in the diaspora occurs during the Hellenistic period. After the demolition of the Temple of Herod in Jerusalem in 70 AD. n. e. we are talking about the Galut era – the exile of the Jewish people.

The major centers of the Jewish diaspora at that time were Egypt, Spain, Italy, France, Macedonia, Babylonia, Cyprus, and Jewish municipalities could be found in Crete, Pannonia, Armenia, Adiabeni, Carthage in Africa and the German cities of Cologne and Bonn. In the Middle Ages, the Jewish people entered as the only people from the Old World with preserved tradition and language.

The Position Of Jews In Christian Lands

The position of Jews in most Christian countries throughout the Middle Ages was variable and conditioned by the opinion of the masses, the needs of the authorities for the services of Jewish merchants, and the views of the church. There was already a common opinion among the people about Jews as worshipers, whose descendants must bear the guilt of crucifying Christ.

Typical for this period were slanders about ritual killings, the deliberate destruction of the Christian faith, and the development of stereotypes about Jews, which were often followed by the killings, pogroms and destruction of Jewish property.

Philosophical And Theological Thought During The Medieval Period

During the Medieval period, they developed their philosophical and theological thought and culture. Unlike countries under Turkish rule where Jewish culture developed under the influence of Arabs, Ashkenazi spiritual creation developed independently, solely based on Jewish sources and religious thought.

Medieval European Jews, under pressure from a largely hostile Christian environment, lived in separate enclosed parts of the city – ghettos in which they were turning to each other. Despite this isolation throughout the period, there was a living connection between the Diaspora and Palestine.

Survival Despite Centuries Of Adversity

In difficult circumstances, they survived many adversities, for many centuries. That includes the Holocaust, which wreathed the twentieth century into darkness. Yet, even today, this marvelous nation fascinates us with their spirituality, tradition and symbols that strive to preserve.

Jewish life is full of visible and tangible symbols and religious objects. Like any other religion, signs and symbols play an important role in Jewish life. Most of the symbols in Judaism serve to perform traditional rituals and thus form a link between the present and the long history of the Jewish people.

In Hebrew, the word for symbol is – OT – which, apart from the sign, in ancient history also signified a visible religious token representing the relationship and connection between God and man. We will try to explain some of the symbols of Judaism and its significance. There is a large number of objects that is considered holy, and you can check them out at HolyArt.

This is actually a Shofar horn made of a ram’s horn. The sound of shofar can be heard in synagogues around the world to commemorate the holidays of Rosh Hashanah and after the end of Yom Kippur.

Its sound should remind Jews of the need to think deeply about personal actions and deeds, and to lead to repentance and the intention of establishing better relationships of man with his material and spiritual environment. Although shofar has taken on a slightly more aesthetic appearance today, it still retained its essence.

According to Jewish Shop, Shofar must be kosher. This not only means that it must be made from a kosher animal, but it must not be exposed to changes that are not allowed.

The word hamsa comes from the Hebrew word “Hamesh”, which means five. Hamsa is presented as an open fist with five fingers in the middle of which is often an ornament, an eye (bluestone) or a symbol – the star of David. Hamsa is a symbol of protection and a symbol often worn for luck, in the form of jewelry or pendants. Hamsa can be engraved on other objects as well.

Kiddush is a religious practice of pronouncing blessings over wine. The word kiddush itself comes from the Hebrew and Aramaic words meaning sanctification. Wine in the Jewish tradition is of great importance when commemorating the Shabbat and other holidays, and thus the kiddush cup, into which the wine is poured, is specially made and decorated.

The kiddush cup can be made of silver or other metal alloys and is often decorated with different symbols important to Jewish tradition. As a symbol, the kiddush cup itself is an association with the festive and important moments in Jewish life.

Menorah is a seven-pointed candlestick. In ancient times, it was standing in the Tabernacle of Meeting and later at the Temple in Jerusalem – the site of religious service in the old State of Israel. This menorah was made of gold. Today, the menorah is a symbol of the Jewish tradition and is often made in the form of decorative objects made of various materials, the most common being metal alloys. Menorah pendants are also often found. Menorah is also today on the emblem of the State of Israel.

Hanukiah is an octagonal candlestick whose candles are lit during the eight-day Hanukkah holiday. Chanukah is a feast of light and remembers people to the miracle that has happened in the Temple of Jerusalem. That time the candlelight burned eight times longer than it was possible. Hanukiah symbolizes the light and wonder that has happened to Jews at a given time in history. It can be made of different materials – metal, glass, wood, etc.