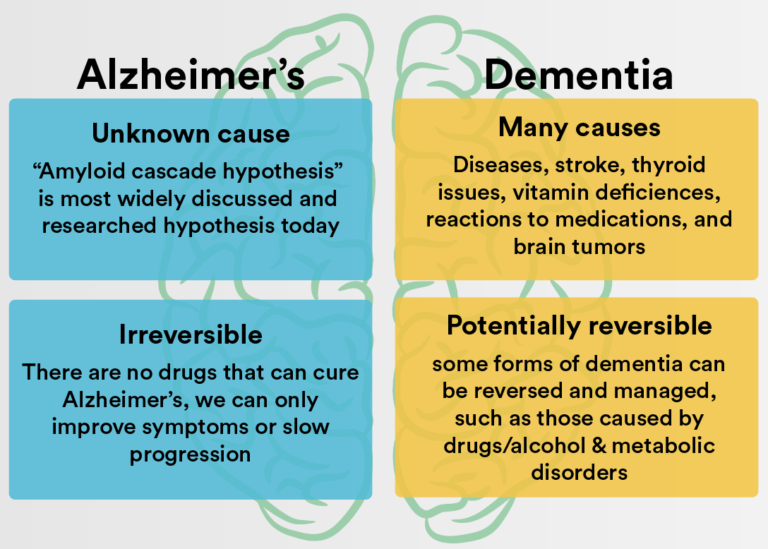 Senile dementia is not a specific disease; it describes a group of symptoms that affect memory, thinking and social skills so seriously that they interfere with the daily performance of the affected person.

Dementia indicates problems with at least two brain functions, such as memory loss and impairment of judgment or language, as well as the inability to carry out some of the daily activities, for example not being able to remember directions or get lost while driving a car.

Although memory loss usually occurs in dementia, this symptom alone does not mean that you have dementia. There is a certain degree of memory loss that is a normal part of aging.

There are many causes for the symptoms of dementia, with Alzheimer’s disease being the most common cause of progressive dementia. Some causes of dementia can be reversible.

Alzheimer disease in people older than 65 years, Alzheimer’s disease is the most common cause of dementia. Symptoms can usually develop after age 60, but some people may have early onset of the disease, often as a result of a defective gene.

Lifestyle and Home Remedies for Senile Dementia
People with dementia experience the progression of their symptoms and behavior problems over time. Caregivers can adapt the following recommendations according to individual situations:
Improve communication. When talking to the patient, visual contact must be maintained. Speak slowly in simple sentences and do not press for replay. Present only one idea or instruction at a time. Use gestures, directions and point objects.

Encourage participation in games and activities. Engaging in thinking games and other similar activities can slow mental decline in people with dementia.

Establish a nocturnal ritual. The behavior often gets worse at night. Try to set up bedtime rituals that are soothing and keep the person away from the noise of television and active family members. Leave some light on during the night to avoid disorientation.

Avoid caffeine consumption during the day, discourage daytime naps and offer opportunities to exercise. All this helps prevent nighttime restlessness.

Dietary Supplements, Vitamins, and Medicinal Herbs –
Use caution when considering the consumption of dietary supplements, vitamins or herbal remedies to delay the progress of dementia, especially if you are taking other medications. These products are not always regulated and claims about their benefits may not be based on scientific research.

Some of the alternative medicine options for Alzheimer’s disease and other forms of dementia that have been studied include:

CBD oil. The best cbd oil for dementia can be found at CBDClinicals. CBD is said to help with various physical and mental health conditions. People with dementia often turn to cbd oil for treating the syndrome because of its anti-inflammatory effects.

Vitamin E. Some studies have shown that vitamin E can slow the progression of Alzheimer’s disease. Doctors warn that you should not take large doses of vitamin E, since there may be an increased risk of mortality, especially in people with heart disease.

Ginkgo. Extracts from the leaves of the Ginkgo biloba tree have antioxidant and anti-inflammatory properties that can protect brain cells against breakdown. Some studies have shown that ginkgo can slow the progression of memory problems in people with Alzheimer’s or other types of dementia.