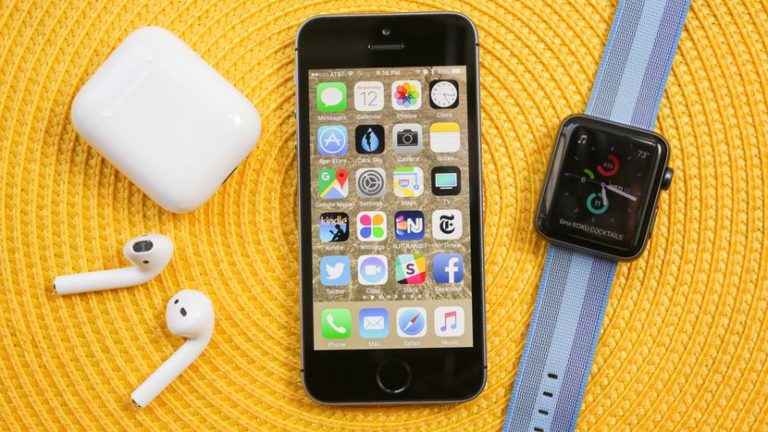 Although it was put in the market in 2016, the Apple iPhone SE was and still is one of the best offers from this company at a very reasonable price.

This smartphone is almost an iPhone 6S but in an old 5S case. With a fast processor, a great camera, and long lasting battery life, this device is a great option when you have a limited budget. And with an increase in the storage capacity, the phone is an attractive one to those who wants to feel the power of a product from Apple.

Its processor has nothing to envy to those big android devices even to the same company flagship phones. The only flaws that can be mentioned could be the size of the screen and perhaps the camera resolution; but for those who love retro stuff; this is the cellphone you are looking for.

Nothing is really impressive about this cellphone on the paper. The processor, even a fast one as it was mentioned above, is more than a year old of existence. The screen is not a big deal according to today standards and the front and rear cameras are below the ones a user can get in a more modern smartphone. It’s just simply a iPhone 5S launched in 2013 as it was said some lines above. But that is precisely the attractiveness of this product.

In times when most of the companies compete to offer the biggest and best cellphone, and one following the other offering the same features in their product; it is a thankful thing that a company goes retro but still offer a good quality device.

With this in mind, Apple launched the SE for those who look a smaller phone, easy to handle with one hand. And also it is a very light device which can be put in a pocket with no problem at all. But the small screen does not allow many apps to feel great in a downsized phone, such as editing photos or some video work.

And the rear camera at 12 megapixels makes photo with a good quality in details and color balance; the front one at 1.2 megapixels shoots decent selfies in good light conditions, but it gets some trouble on low-light conditions. Another advantage of this small device is the capacity of video capturing at 4K.

On the other hand, the battery life of the SE is better than the 6S, lasting a whole day leaving a 10% battery at the end of the day when it is used for checking e-mails and three hours of browsing and listening to music.

To conclude this review, the Apple iPhone SE is an affordable device for those who have a limited budget, although its price does not catalogue it into the so called “budget” phones. Its small size would not be the favorite among some users, but if you are one of those who loves retro and adore feeling a handset with one hand; this is definitely the smartphone you have been looking for.