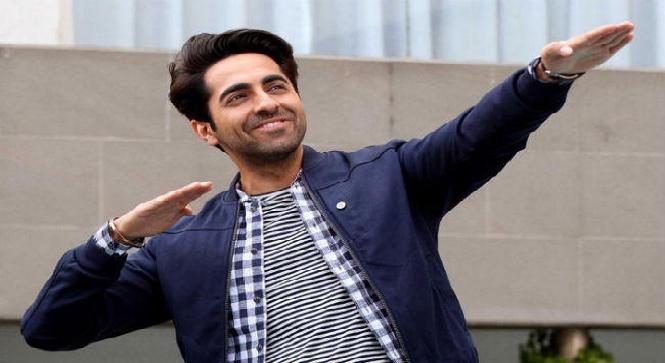 On World Poetry day, Bollywood actor Ayushman Khurana, who also is a very good singer, reveals yet another hidden quality about himself. Though the quality was not much of a surprise, as his tweets say a lot about the actor and his interests. On 21 March, the World Poetry day, he announced that he plans to publish a book of his own poetry.

Ayushman’s twitter is full of poems, and recently he has also started tweeting some of his own writing, which undoubtedly is getting much appreciation. Talking about his interest in writing poetries, the actor gives the credit to his mother Poonam Khurrana and father P. Khurrana. It was because of them he got into reading and writing poetries. Ayushman says, “The biggest influence has been my mother (Poonam Khurrana), who has a Master’s degree in Hindi. My Hindi is good because of her! (laughs) It was because of her that there’d be literature books in vernacular languages at my home while I was growing up. My father (P. Khurrana) was interested in poetry and ghazals, so that’s where my interest stemmed from.”

The latest poem tweeted was ‘Teri Almari Ki Khushbu’, positive about launching his own book of poetry someday, he says, “one day, I plan to definitely release a book of my poems. Why not right now? That’s a part of my bucket list. But I don’t have enough material right now, therefore I’ll continue [writing verses] till I have close to around a hundred pages.”

Well, this is not the first time that the actor spoke about his interest in poetry. Last year when he came as a guest on the show Kaun Banega Crorepati hosted by Amitabh Bachchan, he recited a poem written by him. Amitabh, who also hold a good knowledge of poetries, being the son of nationally renowned poet Harivansh Rai Bachchan, was noticeably impressed. During the talking about different poets who has impressed him, he said that HarivashRai, Nirala and a few other poets wrote motivational poets and he liked reading them. They always influenced him. No wonder he is a big fan of HarivanshRai. Ayushman said, “Harivansh Rai, Nirala… all of them were called ‘rashtrakavi’ (national poets) because they’d write motivational stuff, and take pride in being an Indian. I love reading Rumi, Shiv Kumar Batalvi (who had written IkkKudi, used in the 2016 film Udta Punjab). While growing up, I read Paash. His poem SapneKhatarnak would be used in our street plays (when I was doing theatre).”

Since the actors is also a writer, he shares his thoughts about writers in the film industry. He says that though now the writers are gradually reaching the place they deserve, but still they are underpaid and have a long way to go. “Writers today are finally getting their due, but we have a long way to go. I firmly believe that writers are the biggest stars, the ones who create content. They make us actors a star because we portray a character written by them. They’re still underpaid, so there’s still a long way to go. All my hit films — Vicky Donor (2012), Dum LagaKeHaisha (2015), Bareilly Ki Barfi, ShubhMangalSaavdhan (both 2017) turned out the way they were, because brilliant people like Juhi Chaturvedi, Nitesh Tiwari, SharatKatariya, and Hitesh Kewalya came up with unique ideas and dialogues. The industry thrives because of writers,” says Ayushman.