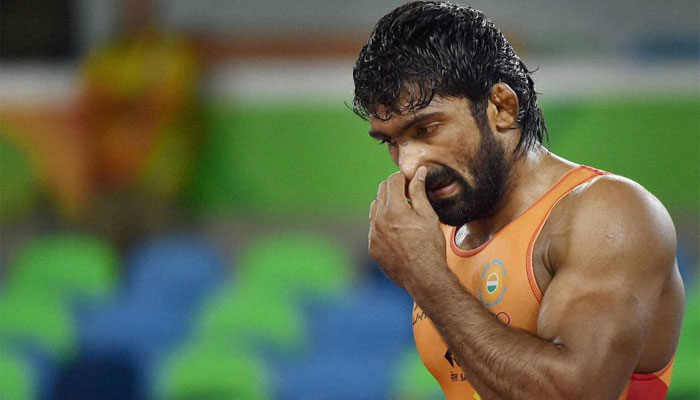 Bajrang Punia, a freestyle wrestler from India is annoyed to know that he has been snubbed for the Rajiv Gandhi Khel Ratna Awards (which will be held on 25th of September, 2018 instead of 29th August), which is considered to be one of the prestigious awards. This was the time when Bajrang Punia decided to meet the sports minister, Rajyavardhan Singh Rathore. The sports minister assured him that he will look into this matter but later on, he was not considered for the awards and the reason laid for this was that he did not have enough points to get qualified for the Khel Ratna Awards.

When Bajrang Punia came to know about this statement of Mr. Rathore he said that he has garnered much more points than Mirabai Chanu (48 kg) and Virat Kohli. Mirabai Chanu is the world champion weightlifter and Virat Kohli is the captain of Indian Cricket team. Since the point system was introduced in the year 2014, Punia’s achievements before that year in World Championships was not taken into consideration.

Bajrang Punia has led down his feelings in front of the reporters by saying that he wants to know if he is deserving or not and if he really deserves to be honored then he needs to the reason why is he being snubbed. Even after being nominated by the Wrestling Federation of India he is not selected. He even said that this award is a dream and honor for all the sportsmen and a dream come true for wrestlers as the wrestler’s career seems to be very uncertain as they don’t even know when their journey may come to an end with an injury.

He along with his coach Yogeshwar Dutt, who is even an Olympic medalist will go for a meeting with the minister and if the outcomes are not in his favor, he will go to the court for justice as it is the only way left out for him according to him.

Bajrang Punia is disappointed and even says that this scenario is even affecting his preparation for World Championships (from 20th to 28th October in Budapest, Hungary). It has turned out to a big shock to him and he wishes that he does not have to go to court and let his practice get affected.