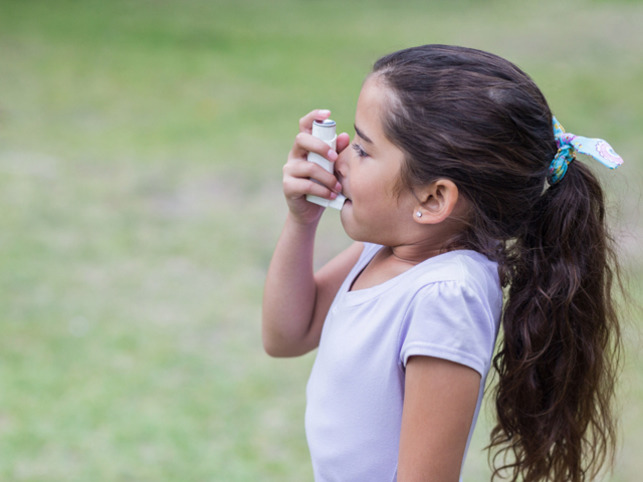 For several years it has been observed that in India there has been a great increase in cases of children with respiratory problems, especially in Bangalore. In fact, many people; Doctors, scientists, and analysts agree that Bangalore can become the asthma capital of India. Studies carried out by different organizations (WHO, UNICEF) estimate that more than 30% of children in this state suffer from asthma.

In Karnataka, there has been an exorbitant growth at an industrial level and the vehicular population has also increased, which results in a greater exposure of polluting gases and other factors that may be affecting children and people directly and indirectly.

Some doctors have had to go out and demand that the competent bodies establish certain sanitation criteria for the areas or that they regulate or control the pollution produced by the excess of vehicles and industrial gas exposures. Parents also play an important role in this situation, because they are required to take extreme care in exposing their children to pollution. It has even been recommended that they wear masks every time they go out and thus reduce the risks of getting infected or developing a respiratory infection.

Several doctors and analysts say that the number of children suffering from asthma has increased by 20% in the last 5 years because they have not implemented any possible solution to pollution problems, which means that the figure for 2018 is 50% of children peninsula Bangalore suffer from asthma. Some of these doctors also comment that many parents do not have the necessary care and self-medicate their children, but in the end, this can harm the child.

However, it is to be expected that this will happen and that it will continue to happen for a few more years because the city continues to pollute and there is no modern technology to prevent cars from contaminating so much. Some cars already have CNG, but they are not the majority, in fact, they are just a few. Most continue to work with gasoline polluting in the same or worse way.

Another problem that is causing respiratory infections in so many children in Bangalore, is that there is a large number of mites that travel in the dust of the city. These reach the respiratory systems of children and also cause asthma.

In Bangalore, there are more than 3000 schools, which are surrounded by constant vehicular traffic and this is where most children suffer. Schools agree and acknowledge that pollution affects children and that there are days when parents prefer not to take children to school so as not to expose us to so much pollution.

However, several schools have organized and have held workshops, camps and other activities to promote new mechanisms of defense and health control. Another way to avoid so much contamination is to plant trees around the schools, and these are another type of activities that are being carried out to combat this problem. As trees continue to be planted and new strategies developed to improve children’s health, the day will come when they will not suffer from asthma anymore.