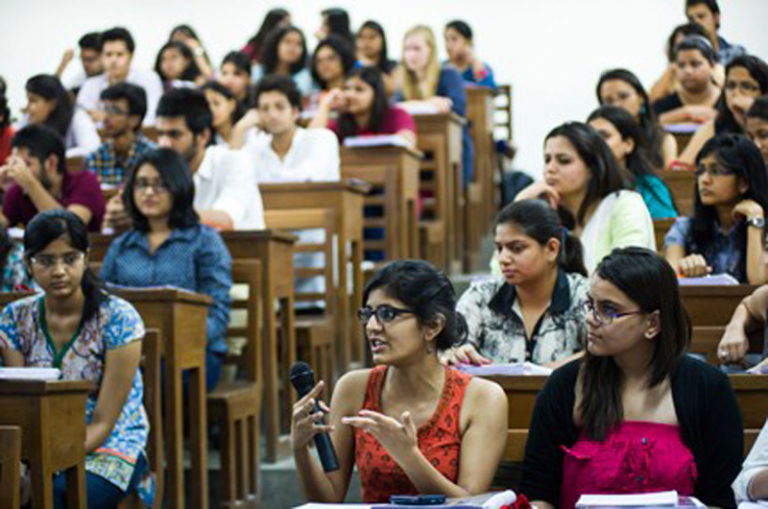 Similar breach of conduct has been noticed by some of the colleges of Bangalore affiliated under BU who are offering specialized courses to the students in Arts and Commerce field which are not yet approved by the Bangalore University.

Students of Bangalore are getting more inclined towards specialised courses in the field of Arts and Commerce thinking it to have a good scope in the future. Taking advantage of this inclined interest of the students few of the Bangalore colleges are offering such specialised courses under BU’s authority which haven’t been approved by BU yet. In fact going to the extent of using BU’s logo in order to publicise the courses.

One of the faculty member of BU said, “Many BU-affiliated colleges are offering courses or electives in commerce, illegally, which have not been approved by BU. These colleges collect close to Rs.35,000 from the students to offer the specialisations or electives.”

The total promotion of these courses is being done BU’s name and logo which is totally illegal. One of the faculty member said that, “These institutions do so without the university’s consent.” Whereas, another official added, “The colleges have circulated brochures printed with the emblem of Bangalore University on the cover pages. None of this has been brought to the notice of the Syndicate and also, the departments involved in this.”

In order to know the exact thing happening and to solve the whole issue a committee of 10 member has been formed by the BU.

While the committee was looking into the matter, an official of the Syndicate said that a few new courses in Commerce has been approved by the academic council of BU. The specialisation courses approved by the Council under the B.Com degree are:- “B.Com (Honours), B.Com. (Insurance and Actuarial Studies), B.Com (Logistics and Supply Chain Management) and B.B.A (Aviation).”

Another faculty member said that it is extremely important for the Bangalore University to approve its courses, it can no more stick to the old courses as day by day academics is progressing and so demand and interests of students.