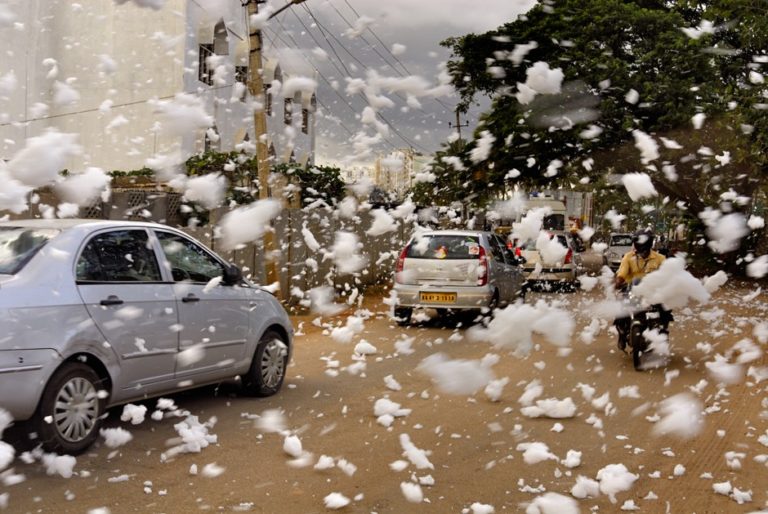 Where the whole of Bengaluru is enjoying the rains and the awesome weather, on the other hand the Whitefielders are scared of the April showers. The reason being the Varthur Lake getting frothed.

Froth has been recently witnessed in the Varthur Lake by the localoids like any year during the rains. The residents are scared of using the bridge over the lake, fearing of its chances of spilling again like it happened in the previous years. They are even scared of the skin infection and respiratory diseases being spreading cause of the highly contaminated froth like it happened earlier. This froth leads to serious trouble to the residents every year due to which their fear is justified.

The prime reason for the lake being frothing again since the few days in the past is the ongoing construction works being carried on both the ends of the lake’s waste water weir. On one side of the lake construction of road is being carried on by the Bruhat Bengaluru Mahanagar Palike (BBMP) leading the water being plugged. On the other side, the Bangalore Development Authority (BDA) is still carrying the repairing work of the last year’s rupture. 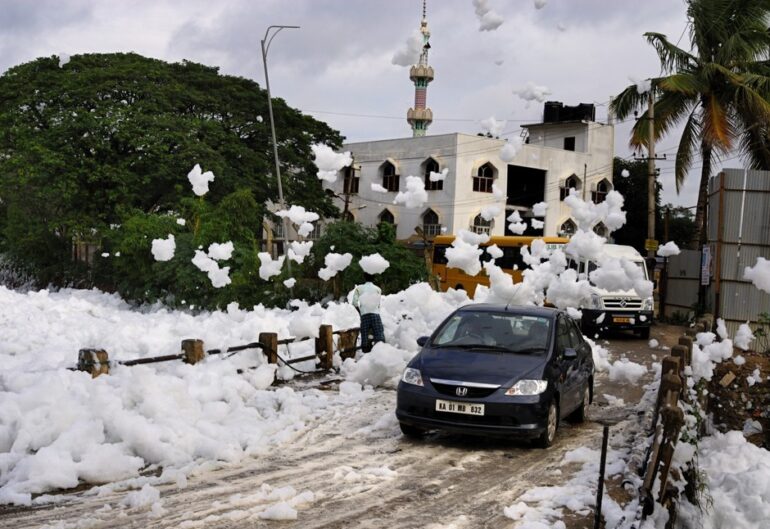 Sreenedhi BS, a resident of Whitefield who stays near the Lake said, “ As the waste water weir has been blocked on both sides, at times the water is released into the lake from a narrow opening. This causes huge turbulence, which in turn results into frothing. Also, the authorities have for long failed to control the discharge of sewage into the lake.”

The assistant executive engineer of BDA, in-charge of the Varthur Lake area, said that the construction of the wall of the waste water weir is being carried on that was damaged cause of the construction work going on in the area. The road construction work carried on by the BBMP has led to the water being blocked. He even said, “We are aware of the froth and temporary measures are being put in place to control the same.”

The question is how much is actually being done and are the residents of the Lake satisfied with it.

Innumerable complaints have been filed by the locals with the civic body and the BDA department whoa re the custodian of the lake. Complaints have even being filed for the basic hygiene and cleanliness of the Lake as the Lake is the breeding ground of insects and mosquitos leading to vector borne diseases like chikungunya, dengue and malaria.

The residents have been themselves investing money for the cleanliness of the area by spraying insecticides but fail to succeed cause of the sewage entering the lake. What was left is the April rains going to fulfil increasing the chances of diseases being spread more in the area.