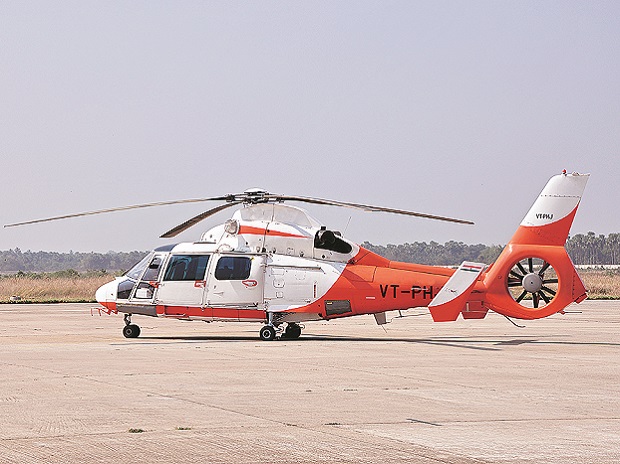 People in Bangalore have often complained that the time it takes from Bangalore Airport to reach to the city area is more than the time taken by flights to reach the metropolitan from different destinations. It generally takes 2 hours from Bangalore’s Kempegowda International Airport to Electronic City. But thanks to the Heli-cab service that is likely to start from next week, the time will be cut down to only 15 minutes now.

The much-awaited project is first of its kind where helicopters will be providing taxi services. To launch this service in Bangalore the Bengaluru International Airport Ltd. (BIAL) has tied up with a Kerala based helicopter service the Thumby Aviation. Well, do not worry about the charges of availing helicopter as a taxi. According to the sources, it will cost you the same as it cost for a cab ride to the airport. Thumby Aviation has said that two Bell 407 helicopters have been sanctioned for now. They will carry passengers from Bengaluru’s Kempegowda International Airport to Electronic City, Phase 1 and to HAL Airport. Initially, the Heli-cab service will operate on the mentioned routes only. However, it is being said that the service will be made available for other areas in Bangalore soon. The heli taxi will be operating mainly in the rush hours. It will be providing the service in two shifts in peak hours. On an average, there will three round trip from 6.30am to 9.30am on the first shift and 3.00pm to 6.15pm in the second shift.

6 passengers can be seated in the Bell 407 chopper that will be used for cab service. Per seat ticket will cost around Rs 4130, including the GST (Rs 3500 + GST). The price also includes carry-on luggage up to 15kg. For luggage, more than 15kg will be transported by ground at extra cost. As for now, the bookings for fly now is not available, though you can book with a fly later option through the Heli Taxi mobile app. For booking your seat, you will have to choose the flight you are coming in on for flying in. Then add your pick up or drop details. Add the luggage information, select the number of seats required and finally complete the payment through a link sent to your registered email id.

Govind Nair, director, business development at Thumby Aviation has said that “We will soon be looking at expanding to offer our services to several destinations.” Further talking about the future plans he added, “If all goes to plan, you could soon set off on a weekend getaway to Chikmagalur or Wayanad on a heli taxi.” The government has also said that it is planning to open 90 helipads across Bangalore, in order cut travel time within the city due to excessive traffic. Though for now only the ITC Royal Gardenia on Residency Road has been cleared by the DGCA.

1 thought on “Solution To Bengaluru Traffic Problem? Heli-cab Service To Start From Next Week”