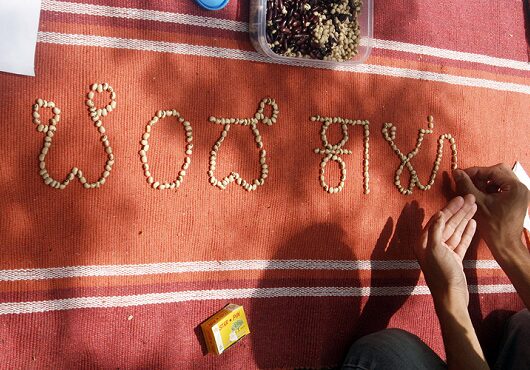 After spending more than half the life in Bengaluru without having any knowledge of the regional language Kannada, parents are all after learning this local language. What not are the parents doing to get the language in their grip and this is all by the grace of the local government.

This sudden arise in their interest or rather say madness for learning Kannada isn’t their passion for it but a compulsion to get their child enrolled in school or for their education. It is because of the regulation of the Karnataka government to make Kannada a mandatory subject for all schools in the city. This regulation was passed in October, 2017. All schools must include this compulsory subject- Kannada, whether it is state government managed school or those affiliated with the Central Board of Secondary Education (CBSE) or Council for the Indian School Certificate Examinations (CISCE).

Parents are trying everything to learn Kannada, which they might haven’t done in their school life also. Joining WhatsApp groups to signing up for online tutorials to getting themselves enrolled for private tuitions or seeking the help of anyone, they are trying all in order to get this language.

It may sound funny but yes parents are learning this language for the sake of their children in order to help them with their studies.

From the new session, this language will be implemented in a routine manner for classes, but for Class 1 students it is to be  started from this academic year itself.

Mother, father, uncle, aunt whoever it is all are just struggling to get this language to help their children in their assignments.

Sharmishtha Ghosh, a resident of Bengaluru said, “I come from a Bengali household. Now I’m taking the help of my maid who studied in a Kannada medium school till Class IX. I am also relying on audio content prepared by the school.”

Another homemaker Saima Tabassum who has been living in Bengaluru since long said, “I help my children with all subjects but was clueless when it came to Kannada. So I’ve signed up for classes.” Saima has enrolled herself in a WhatsApp group named Kannada Gotilla in which everyday new lessons on Kannada are posted.

There are many other parents like Sharmishtha and Saima who have recently taken into learning Kannada just to help their kids in their studies. Thanks to social media like WhatsApp, Facebook And YouTube when learning anything isn’t difficult.

Even schools are reaching out to parents in order to help them. The principal of Harvest International School, Dakhshayini Kanna  went ahead saying that they have receiving requests from parents who aren’t originally from South to provide worksheets in Hindi and English as well for the convenience of the parents.

This move of the state government to make Kannada a compulsory language had lead to a mad rush among parents more than the students to learn the language.