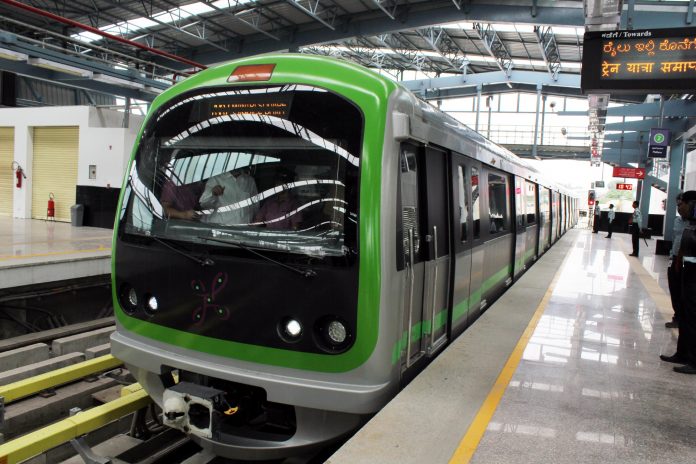 Last month, BMREU deferred their indefinite strike for a month from March 22. This decision was finalized when both the BMRCL staffs and the management agreed to hold their issue related discussions for the sake of the Karnataka high court’s strong suggestion. On Saturday, the BMRCL employees pulled off their strike which brought a huge relief to the Metro users.

The vice-president of BMREU, Suryanarayana Murthy announced that they have already conducted several rounds of talks several times with the BMRCL management. The series of round talks is going on since March 26. After the constant efforts of almost one month, there was no such outcome. A total of eight meetings were done and the BMRCL staffs decided to go for the strike on a finalized date.

He also included, the employees of BMRCL can go for a flash strike without even providing any prior notice if their demands are not fulfilled by the BMRCL management. As there were no responses from the management, the BMRCL employees went for a strike in order to satisfy their genuine demands.

Now, when the strike is finally withdrawn, this announcement has brought a spelling relief for lakhs of regular metro users or commuters who completely depend on the Namma Metro services for transportation. The scheduled strike on Saturday was finally withdrawn by the Bangalore Metro Rail Corporation Limited (BMRCL) employees.

On Friday, the Karnataka high court has passed an interim order which clearly directed the BMRCL employees’ union to pull off the Saturday’s without notice strike. The Karnataka high court has made it clear that the BMRCL employees should not go for any strike in future without any given notice or without informing the high court in advance. Previously, the BMRCL authorities had issued a notification which was for bringing the Metro services under the ESMA or Essential Services Maintenance Act.

Surprisingly, the BMRCL management had to move to the Karnataka High Court for an urgent hearing. This urgent hearing was a result of the strike which was called by the BMRCL employees on Saturday. During the hearing, the high court wanted to know from the BMRCL employee about what purpose has made the employees go on strike. After listening to the BMRCL employee side, the high court suggested that the round talks will be held with the BMRCL. But, for now, they can’t go for a strike without any given notice. However, the sudden strike withdrawal decision has given immense relief to the regular metro users!