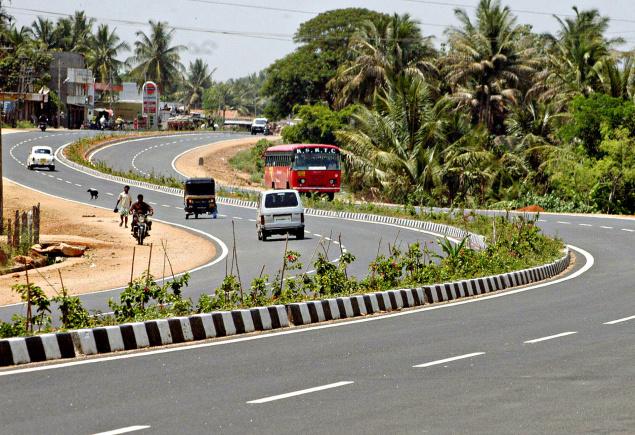 One of the important projects for Bengalurians and Mysurians, the six-lane highway that will connect the two big cities of Karnataka, is finally seeing some light of the day. Recently, Prime Minister Narendra Modi had announced the launch of this grand project in the city of Mysuru while Mr. Nitish Gadkari, the Union Road Transport Minister, is slated to lay the foundation stone for the project from Bangalore this week.

This project will upgrade the existing four-lane roads to six-lanes, along with two-lane service roads on both the sides. This is surely going to bring big respite to those travelling this route frequently, as it will reduce the travel time to just 90 minutes as well as make the travel much more comfortable that it is now.

This highway will be passing through many towns and villages along the way. The major hurdle in dealing with the construction of highways is land acquisition. It is not just getting the owners to part with their lands but also to manage the rising costs of land. It was reported in the last month of 2017, that over 60% of the land required for the highway project was already acquired, and they seemed confident about the remaining land that needed to be acquired.

This is not the first time that this project has been announced, it was initiated a few years ago too but it had to be cancelled, thrice, due to certain technical reasons. This time the scene looks a bit different. As per the plan, the actual project work is lined-up to be started only in the next three to four months. NHAI seems positive about acquiring all the required land well before that timeline, so the project budget will be in control

The project which is expected to cost Rs 7000Cr will be completed in two phases. The first phase will be between Bengaluru to Nidaghatta and the second one from Nidaghatta to Mysuru. This will be a toll road with multiple toll booths set-up at various major towns such as Ramanagar, Mandya, Maddur, etc. this will make sure users are charged only for the actual distance travelled by them rather than a standard rate for the full distance of the expressway.

On March 4th, 2014, the earlier state highway number 17 and 88 were declared as National Highway 275 by the Union Government. This is when the discussions over widening the road began, only now it seems to be going somewhere. The expressway would start near Panchamukhi temple close to Kengri town and would end near The Columbia Asia Hospital crossing which is on the Mysuru Ring Road. The existing road is a two-way road that passes through rolling and plain terrain as well as some forest land near Srirangapatnam.

As the tenders have already been awarded and work to being soon, the hopes of zooming between the cities of Mysuru and Bangalore, in just a meager 90 minutes seems to becoming a reality.