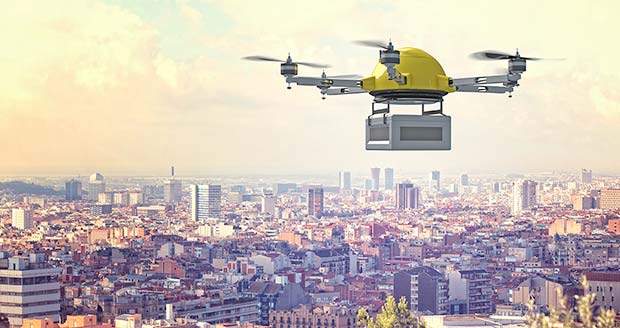 With movements like ‘Digital India’ capturing the imagination of the common masses and a repeated emphasis laid largely on good and efficient governance through tapping into the powers of technical advances, the Vidyaranyapura is all set to be Bengaluru’s first smart ward. BEL, Bengaluru, in collaboration with BBMP, has employed an interconnected system of IoT controlled CCTVs across the ward to monitor the everyday traffic and activities on the ward thoroughfares.

BEL has been a forerunner amongst the PSUs in the provision of technically sound services as well as the integration of them to the different walks of administration and governance.  This time around, it has shouldered the collective responsibility of developing Vidyaranyapura into Karnataka’s first smart ward with the installation of UAVs or drones operated by autonomous systems based on Internet of Things, which in turn would communicate with the CCTVs inspecting the surroundings. The arrangement is expected to gradually eliminate the need for human supervision over a fixed period of time.

The project is still in a nascent stage and is meant as an experiment, the success of which future plans of spreading out rely on. The sources from BEL inform that the long terms effects of the project will determine if or not it is feasible to be carried on and if the investment is worth it. If the project proves its efficiency, an expansion of the arrangement will be undertaken to other parts of the city as well as the state. Whatever the results be, the government and municipality are certainly harbouring high hopes from the project. And it seems fair enough because the priorities of the central, as well as the state government, have seen a paradigm shift in approaches towards leveraging technologies for good and efficient governance.

Moreover, the limited human intervention not only increases transparency, the machine based autonomous systems keeping an eye on a jumped traffic signal or a sans helmet two-wheeler rider also ensures a more stringent follow up on rules and a reduced risk of people getting away with the breaking of rules. The machines cannot be yet expected to totally outcast human workforce but they can be surely relied upon to assist the traffic police in controlling and supervising the flow of traffics during the busy peak hours of the day. The system can then be allowed to pan out to different areas of governance on larger scales.

When the world today is lapping up every possible technology for better and improved services in the public as well as private sectors, the lack of an urge to keep up with new advances is a major concern in India. It is fairly expected of a city like Bengaluru to adopt a technical bend for solving the day to day problems of an urban infrastructural setting, even more so when the city is known as the IT capital of the country. This initiative from BBMP and BEL can as well prove to be the initial baby step towards a larger involvement of technology in the way our governing bodies function.