@2019 - All Right Reserved. Designed and Developed by Times Life Style - Team
Top Posts
How to Choose the Best Quality Dog Food
7 Hardest Mounts to Get in World of...
3 Ways We Should Improve Food Quality Control
Best Set Up for A Combat Ready AR15
6 Tips for Choosing a Private Label Skin...
10 Basic Tips and Rules to Follow when...
Key Benefits of Keto
Cow Milk Formula vs. Goat Milk Formula
How Can Geospatial Technology Help in Business –...
8 Smart Ways to Save on a Rental...
Bengalurucommunity

Strange Things You Will Encounter Only In Bangalore Traffic 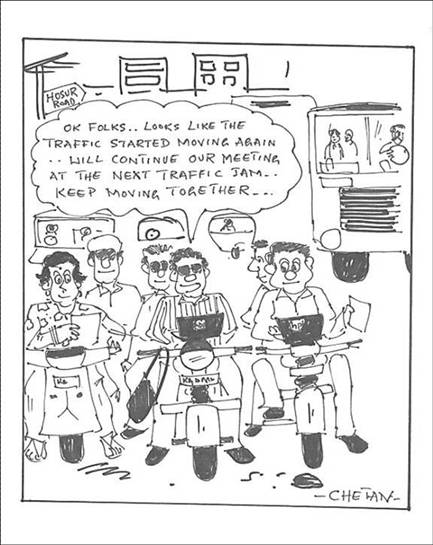 The long-term residents of Bengaluru might know there is no right turn allowed from the Praarthna school junction towards the south towards Kumaraswamy layout.  This school junction is near the Uttarahalli Road. Cars coming from Uttrarahalli can’t directly turn right for heading towards the JP Nagar or  Banashankari. The “no right turn” sign was suddenly put up after several years. Previously, the drivers had no such restriction and can turn right for heading towards JP Nagar. This has actually caused a serious inconvenience to all the car owners and has directly hampered the smooth movement process during the non-peak hours. Due to this, the motorists and car drivers have to travel additional extra miles in order to take a U-turn.

Point to be noted, this type of rule was useful only during the peak traffic hours and not during the non-peak hours. So, the sign was removed early in the mornings when there was no traffic around. Motorcyclists often used to routinely ignore the sign and due to this, the traffic policemen started noticing the turning point. Initially, they were tolerant as they used to take up their duties seriously. They used to only guide the traffic during peak hours.

As it was difficult to decide whether the peak hours have started or not, the traffic policemen were unable to decide whether to enforce the rule by putting the sign or not. A lady traffic constable who was very familiar with the electric car owner used to allow him to run right. One day, she sharply blew her whistle as the car owner took the prohibited right turn.

During the trip, the lady constable exchanged words with the car owner and they enjoy a pleasant short journey. Now, every time the car owner sees the lady constable, he smiles at her and she waves at him. This sweet encounter shows that your encounter with a traffic police in Bengaluru could be as sweet as pleasant like this Reva Car owner. Who knows what type of encounter you could have experienced at that time!

Reason Why Bangalore’s IT Guys Are Always Frustrated

Do we actually bother about the Casteism and...

Is it true- women cab drivers at airport?

The Failure of #MeToo for the Helpless Women

Bringing into Limelight the #MeToo movement of Domestic...

The Thrill of Durga Mahotsava in Kolkata: Pandal...

Indian Railway stations which are exclusively renowned for...