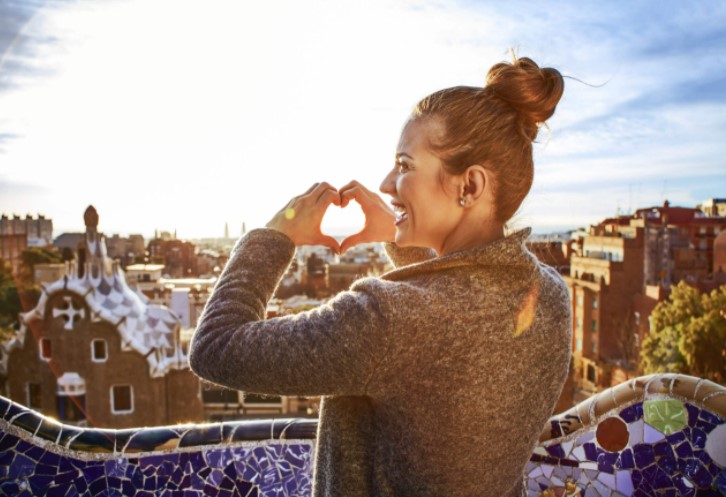 Barcelona is one of the world’s great capitals and is a city of reference for culture, art, architecture, and entertainment. For his reason, millions of people decide to visit it every year and stay a few days to enjoy all that this city offers.

In addition, Barcelona is a fantastic city for student exchanges and for taking specialised language or art courses, among other areas. So those who decide to travel to this city have numerous options for developing their skills and acquiring new enriching experiences.

Therefore, if you are considering travelling to Barcelona for a few days, we will tell you about the most exciting activities to do. This way, you will better organise your schedule and get to know everything this great city has to offer.

Many specialised academies are located in Barcelona and have programmes suitable for international students. Suppose you are interested, for example, in finding a Spanish course in Barcelona. In that case, there are many academies that have a perfect level and can provide you with the knowledge you are looking for.

One excellent option is EXPANISH, which has Spanish courses at different levels with very well trained teachers. So you will be able to count on professional support at all times and whenever you need it.

In this way, by learning the language of the country they are visiting, they will discover a new perspective and will be able to get to know Barcelona as if they were natives. However, only in a Spanish language school will they have the tools and necessary skills to learn in the right way.

Which cultural activities and places are the most attractive to visit?

The diversity of historical and artistic sites that Barcelona has to offer is immense. Therefore, it is likely that you will always be missing something to see, as you could spend at least half a day in each place without having seen everything. Here we will mention the most important ones.

This cathedral has been declared a World Heritage Site by UNESCO due to its unique and unrepeatable style by the Catalan architect Antoni Gaudí. This work of art has been under construction for 135 years, and it is estimated to be finished in 2026. Its architectural current is considered surrealist and naturalist, although the variations added by Gaudí are unique to Gaudí’s style. It has therefore become a must-see for anyone passing through Barcelona.

This place has also been declared a World Heritage Site by UNESCO. It was also designed by Antoni Gaudí, who spent over 15 years developing many academies have each of the buildings and fountains that form part of this great park. He was also involved in the construction process. According to many people, this park could be called an “Art Nouveau wonderland”, and not for nothing, as it is one of the main attractions that Barcelona has to offer.

This area of the city takes visitors back to the Middle Ages, as there are still some buildings that date back to that time. You can find true architectural gems among the nooks and crannies of this neighbourhood of narrow streets and ancient buildings.

Along with Antoni Gaudí’s other creations, this house is another of his greatest works. It is also known as La Pedrera because it is built entirely of blocks of stone that were sculpted into its characteristic undulating shape. Since its inauguration in 1910, it has been considered a masterpiece of Catalan Modernisme.

This cathedral is located in the Gothic Quarter and is the seat of the archbishop of Spain. Its main feature is a 14th-century abbey lined with palm trees and has a Gothic portico through which 13 geese roam.

This part of the waterfront is one of the most modern in Barcelona. It was remodelled for the city to host the Olympic Games. In addition, some of the most prominent buildings are located here, such as the skyscraper Torre Mapfre and Hotel Arts, and many academies have Frank Gehry’s Peix, an iconic work of public art. This has made this area one of the most popular in the city and an excellent marina.

This is one of the most beautiful and expensive avenues in the city. This avenue links Plaza Cataluña and the Eixample district with the neighbourhood of Gracia, which has the same name. This allows this thoroughfare to be home to some of the most amazing modernist and Art Nouveau buildings, including some by Gaudí.

This mountain is located about 50 km northwest of Barcelona. It is called the “jagged mountain” because of its serrated shape sculpted over millions of years by wind and water. It also houses a Benedictine monastery, an important place of pilgrimage since the 12th century because of a wooden virgin called “la morena” because she is a black virgin.

If you are interested in discovering more attractions and possible activities, you will always find something new to do in Barcelona. For this reason, it is an excellent destination to visit whenever you want, as there is something new to do at any time of the year.

So, in conclusion, if you want to discover a magnificent city and if you want to have unique experiences, you should visit Barcelona as soon as possible. Only there you will be able to find the true Catalan spirit and learn courses in various areas, such as the Spanish language.

What are the Best Languages to Learn