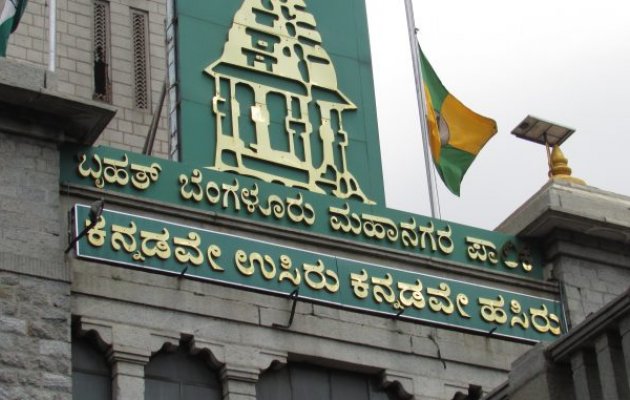 In the year of 1985 when the Prime Minister Rajiv Gandhi was on tour of Odisha’s Kalahandi district, he had remarked that only 15 paise reached to the needy when the government spends a rupee. Today it has been 38 years of that talk but there is no any change in the situation in Karnataka.

And you will be shocked to know who is culprit this time? BBMP (Bruhat Bengaluru Mahanagara Palike) – Yes you have read it right. Recently a big scam by BBMP came to light. And guess what things they have spent money lavishly? They have spent lacks rupees on Digital Signage Players (DSPs). DSPs are those little OLED and LED screens, which we always see in 5-star hospitals for many processes and offers by the hospital.

Sarfaraz Khan who is the chairman of NUHM and also Joint commissioner of health department was surprised to know about the whole incident and he has spoken to Bangalore Mirror that “I am not aware of the issue. We had handed over the work to Dr. MN Lokesh (BBMP’s chief health officer) and Dr. Suresh (head of NUHM in BBMP). They had only told me it will cost only Rs 5,000 each.”

When Sarfaraz Khan investigated all the papers related to tender, he immediately ordered to stop the payment. He said it was tough to believe that the cost of a DSP is Rs. 49,147.

But the story doesn’t end here. After checking whole matter thoroughly, one more interesting thing came out. The date of the supply order which was given to Pro Digital (The Company who won the tender) was 21st March 2018. And the date of the bill which was raised by Pro Digital was also 21st March 2018. When inquired about “such a quick service”. Dr. Lokesh said that the material was ready with Pro Digital and they supplied DSPs units immediately and also put up the invoice immediately.

However, Dr. Lokesh who was in charge of this job was flippant of all the blames on a Chief Accountant Officer.

All in all, it was surely misused of the NUHM’s fund and the whole process has been clearly violated.

It is also essential to mention here that the company which has installed several DSPs was made in HK by Minix. The price of these DSPs on the internet is around $ 100 to 200 that is equivalent to Rs. 6,500 to 13,000.

Prod Digital Services has not yet responded to any calls from Bangalore Mirror.