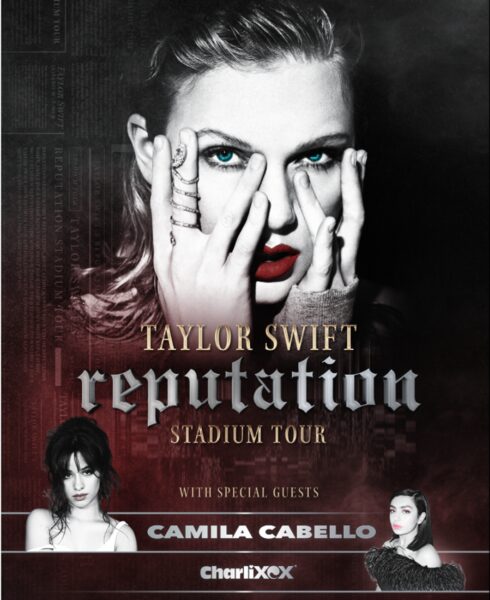 After releasing back-to-back hits through her sixth studio album Reputation in 2017, Taylor Swift went on to make her fifth concert tour. It was the Taylor Swift Reputation tour. The 53 concerts tour began on May 8, 2018, and went on till November 21, 2018. The concerts took place in various cities of the United States, England, Ireland, Canada, Australia, New Zealand and finally ended in Japan.

On popular demand from her fans, Taylor Swift generously added nine more dates to her Reputation tour that was spread across different venues. Three of the dates were fixed for UK and Ireland tour and a total of six dates were reserved for the United States tour. This amazing decision made Swifties love their idol- Taylor Swift even more.

According to Billboard Boxscore, Taylor Swift’s Reputation tour has surpassed her own record of The 1989 World Tour in 2015. The Reputation tour 2018 now stands as the highest-grossing U.S. tour by a woman with gross total earnings of $266.1 million. Over 2 million tickets were sold just in the During The 1989 World Tour, Taylor Swift made gross earnings of $181.5 million.

Celebrities had a blast at Taylor Swift’s Reputation tour

Not just fans, even many Hollywood celebrities attended Taylor Swift’s Reputation tour in different andhad a lovely time during the concert.

Celebs like Blake Lively, Ryan Reynolds, Julia Roberts, Gigi Hadid, Adele, JK Rowling, Kobe Bryant, Sarah Michelle Gellar, Vanessa Bryant, Amber Rose, Wiz Khalifa, Lena Dunham were among the once that attended the concert to have a blast. Many even brought their children with them to attend Taylor’s power-packed performance.

While some other celebs like Bryan Adams, Shawn Mendes, Robbie Williams, Niall Horan, Salena Gomez, Camila Cabello, Charli XCX sang and performed along with Taylor Swift, some for a period some others for short.

During the weekend performance, Taylor Swift thanked the crowd and said, “I am honoured to join the list of only four female performers who have performed at Croke Park”.

Netflix on 31st December 2018 released a concert film named Taylor Swift Reputation stadium Tour. This features her happening musical performance in Dallas which Netflix made available to her fans everywhere.