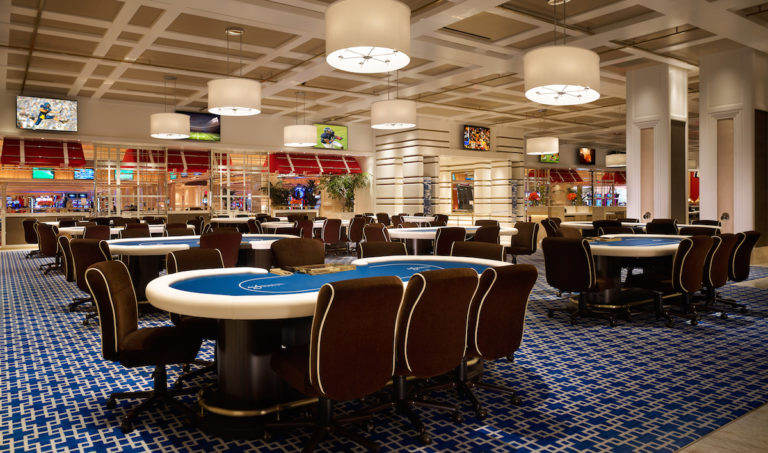 This is a question I get asked very frequently and no I don’t mean how do you play pocket jacks, this is even worse. “I’m coming to Vegas for the weekend and I’m a casual poker player. Which poker room should I play?” It’s a very common and reasonable question when you consider how many poker rooms there are in this small area, there used to be even more before. Unlike in Atlantic City where you should really only go to Borgata or in LA where there’s only a small number of good choice, in Vegas, there’s a lot to choose from.

The thing about Las Vegas and it’s poker business is that it has a very big reputation but that doesn’t mean the city itself is big. And since it’s not a big a city it means that word gets around rather quickly. So try thinking of a poker room where the cash flow was amazing, like poker paradise. What do you think professional poker players would do in that situation, they would instantly go there which would turn that paradise into hell for everyone else.

When you think of a perfect poker room this is what should first come to mind. It has amazing dealers and floor staff that even outclass those, they make their job seem easy and make the whole experience for poker players both professional and personal. The atmosphere is great, and you always feel comfortable. The food is a bit expensive but you can still get a meal for a reasonable price. The games have the biggest business in town and for some, that’s a plus and for some a minus. And all that money on the table makes the game itself a bit harder.

This is the last establishment to let you use $100 bills to play in the games which don’t have a cap. It’s a real gem and the best place to play in DTLV.

This poker room comes in second after Wynn. The food is definitely better but it’s also a bit more crowded because of that and because of that the waitlist is a bit longer than standard. Just like Wynn the staff and dealers are excellent, it’s comfortable and the main base for PLO in Vegas.

Quality of the game is solid. North Valet is great. Most of the staff is great and some of the dealers are amazing. The food is passable but it feels like it’s not big enough, a bit cramped in there and maybe old. Unlike the Wynn, this poker room has the lowest caps on their games which contributes to better game quality because there isn’t as much money on the table.

As I’ve already mentioned before ultimately it comes down to personal preference and if you’re not a fan of loud music and go-go dancers do not come here. Out of all the poker rooms in Vegas, this one resembles a party the most.  A big negative of it is the parking, you have to park really far away and as a result, the locals tend to avoid it, but that can end up making the games of a higher quality. Also, two of the best dealers in all of Vegas work here, so that’s a big plus.