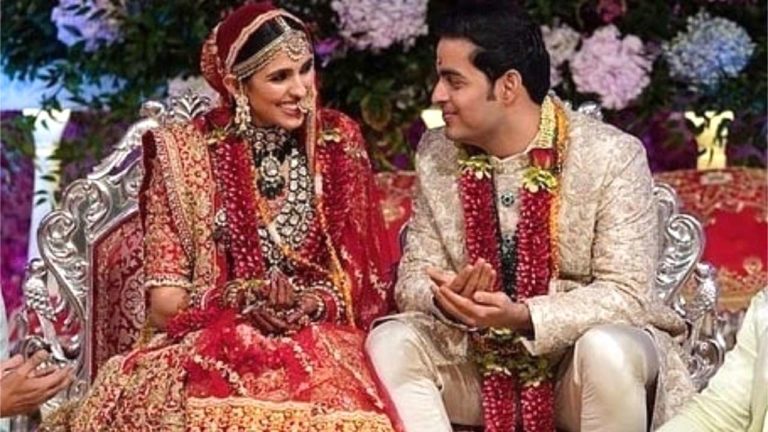 The Fashion Stunners at the Wedding

The top spot goes to none other than Nita Ambani’s Sabyasachi lehenga with a ravishing neckpiece. Kareena Kapoor Khan also nailed the look with her sky blue lehenga. Alia Bhatt looked like little-ms-sunshine in her yellow chic lehenga and was looking beautiful in it.

Deepika and Ranveer were looking absolutely regal in their red and blue attires respectively. Shewta Bachchan among the Bachchan family was stealing the sight in her royal lehenga. Other celebs who did really well in fashion for Ambani wedding night were P.V. Sindhu, Janhvi Kapoor, Disha Patni, Kriti Sanon and last but never the least Rekha in her evergreen suhagan look!

The Fashion Disasters at the Wedding-

Some celebs of b-town were definitely negating the beauty of the grand Ambani wedding with their appearances. The black confusing outfit of Diana Penty was definitely a big disappointment followed by the red blazer of Boney Kapoor and exactly similar look of Diya Mirza. Karishma Kapoor’s saree-with-blazer experiment went really wrong. Kajol Devgan in her golden saree gave a hint of curtain wrapped around her.

The Ambani wedding was really entrancing and Bollywood always add to the beauty of any event although sometimes they fail to fit the best in their roles. Still, any Indian big night is incomplete without the stars of Bollywood!