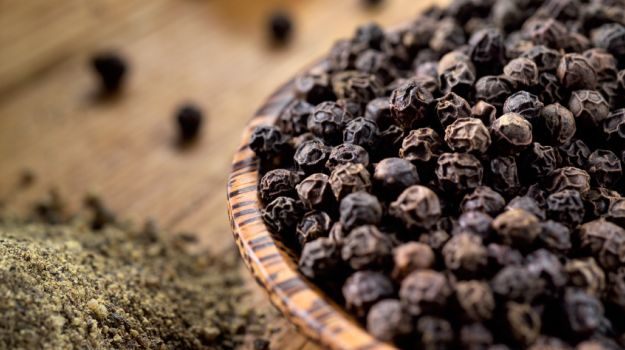 A key ingredient in your cupboard might be the best solution if you are looking to lose weight. The Journal of Agriculture and Food Chemistry published a studied that found piperine, the compound that gives the black pepper its unique taste, can certainly help you with losing weight by stopping the formation process of new cells. Apparently, people who add black pepper to their diets have low risk of suffering from obesity.

Is It this Easy to Lose Weight Quickly?

Previous research in animals found that piperine reduces the fat levels in the body and it has other health beneficial elements. There has been an element used for centuries in the fight of gastrointestinal (stomach) issues, inflammation and pain as well as other problems; piperine. Despite pipering being used by eastern medicine since ancient times, modern medicine has not been able to explain the reasons why this ingredient is capable of providing relief to these kinds of problems.

So, researchers have focused their latest study in testing how piperine works at molecular levels. Such tests strongly suggested that piperine somehow affected the formation process of new cells. This certainly provides a way of keeping in check the fat levels in our bodies. It is important to add that these studies were not conducted in humans and that their results are preliminary and shown that adding black peper to our dietary plan can help us not only lose weight quickly but also help the fight against obesity-related diseases.

The results of the studies from the Indian Journal of Pharmacology in 2011 were supported by these new findings. The previously mentioned studies from 2011 were done in order to find strategies to lower the risk of suffering from obesity at a world-wide level. The subjects that were put to test were high-fat-diet-fed rats.

These rats that were fed with high level of fat in their diets presented increased fat cell mass along with increased body weight in comparison with the rats that were fad with normally-leveled fat diets. The rats that presented high levels of obesity were treated with piperine and shown a decrease in their fat mass as well as their body weight. In addition, there were some factors in these rats that were stabilized or controlled such as VLD and LDL levels, triglycerides, cholesterol and increased DHL cholesterol. Hence, the research shown that piperine helps reducing the risk of suffering from obesity as well as lowering lipid levels in our bodies.

Including Black Pepper in Our Diets

Our society is constantly looking for including natural elements to our diets in order to help us reduce the risk of suffering from obesity as well as avoiding obesity related disease. Even though, the previously mentioned studies were conducted on animals, they certainly give us something to consider. Nevertheless, such studies did not get to tell us the proper amount of black pepper that we are supposed to consume to enjoy its benefits but it wouldn’t hurt to add some of it to any kinds of food that we can prepare at a daily basis.