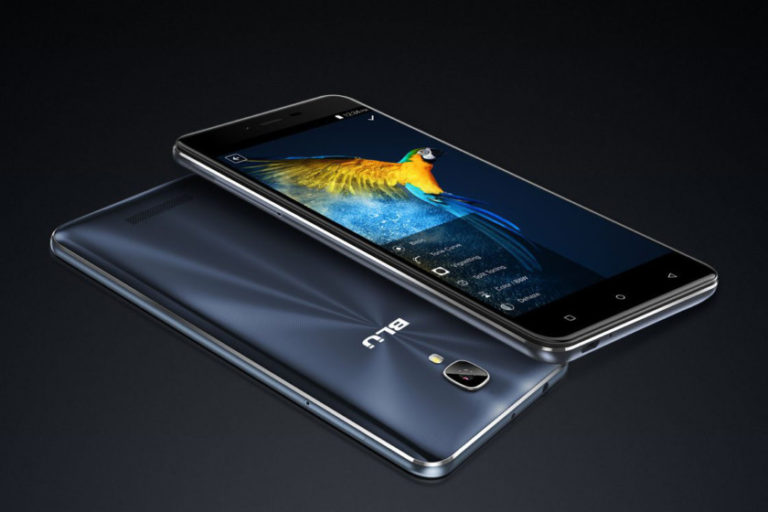 One of the thinnest smartphones in the market, the Blu Vivo XL2 has a width of on 9.2mm. This is an amazing smartphone if you consider how cheap it is. The Blu Company has come a long way in manufacturing phones. It went from being an untrusted brand to a quality/cost-balanced smartphone manufacturer. Blu smartphones are normally a good option if you are looking to save some money. They usually present good specifications and cost a lot less than its competence. They are consider to be 2-tier phones because of its specs.      In this guide we will check all its features as well as assess its quality and level of technology.

It is presented in beautiful colors and has some space-efficiency flaws on top and bottom of the screen. However, it has a pretty good display with IPS LCD captive touchscreen of 16M colors. The display is sized on 5.5 inches, 83.4 cm2 which is around 70.7% screen to body ratio. It has a resolution of 720/1280 pixels and 16:9 ratio. This is a tradition ratio for first-tier phones what makes it really good. It also presents a protection of Corning Gorilla Glass 3.

It has a pretty good platform since it runs on Android 6.0 Marshmallow. It has a somewhat good chipset which is Mediatek MT6737T processor of quad-core clocked at 1.4GHz  Cortex-A53 and its GPU is Mali-T720. These specifications are surprisingly good. It is well balanced in order to allow the user for multi-tasking activities and avoid lag. This is a great phone for enjoying media as well as watching TV or play videogames.

It does not possess a big memory since it has only 32GB of storage which can be upgraded to 64GB with a micro-SD which makes uo a little for the space. The bad thing is that you would have to spend some extra cash in order to get a good 64GB micro-SD stick which is fair enough if you ask me.

The Blue Vivo XL2 5.5” presents a rare primary camera of 12mp which is a amazingly powerful camera for an almost 3rd-tiered smartphone such as this one. It has phase detection autofocus and LED flash. It has an incredible streaming capability since it can stream videos at 1080p and 30 fps. That will certainly make it up for other losses. Its secondary camera has only 8MP but again, think about its cost and you know that you are getting an extremely powerful phone for an incredibly low cost.

It also has a non-removable battery Li.Po 3150mAh which is fine for this model. It comes in blue and Gold.

It has many other features that you would fine very attractive. However, we have discussed the most important ones and we can say as a conclusion that If you are looking for saving some money and still enjoy a powerful device, the Blue Vivo XL2 5.5” LTE is the best option there is. You will be getting good rear and frontal cameras with expandable storage and an enormous screen. It only costs USD 150.