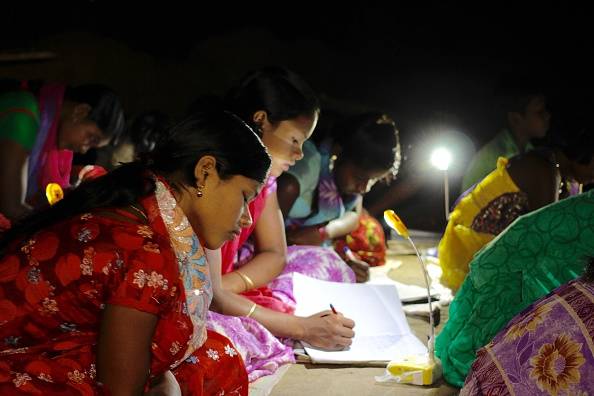 Under the Welfare Activities Civic Action Programme, around 18 battalion of the BSF went on to distribute close to 88 plus solar plates and solar lanterns plus other handy items to the people in Shahgarh Bulj area of the India-Pakistan border at Jaisalmer. This programme was actually inaugurated by the BSF sector south DIG Mr. Naresh Kumar, the commandant N K Neggi and the 2nd in command S N Goswami in the presence of other senior officers.

There was a medical health camp that was also organized, which was a big hit as it was attended by huge number of people. As per the Senior BSF officials, this programme was basically organized under able supervision of the battalion commandant M K Neggi. The street solar light, solar lamp, many water tanks, useful medicines along with other items of day to day use were all distributed to the villagers of the surrounding areas.

Adding to that, Lokeshwar Khajuria along with Dr. Sonali Kanwal attended to all the patients. In the meanwhile, some hundreds of ill/sick cattle were all given treatment. Mr. Alisher Khan (Harnau gram panchayat sarpanch) went on to thank BSF for their immense support and help that was offered to the villagers. The villagers were given free medicines.

The main objective of this programme was to offer the basic facilities to all the local villagers that would go on to help in building up a strong educated society. The kind of items that were presented for the actual improvements of infrastructure will certainly have long lasting results as these villagers are the some of the biggest contributors to the country’s economy (agriculture).

A lot of BSF officials have personally visited these border areas and they even have had interactions with all the villagers of these regions to basically understand their needs. According to their interest, some really useful items were picked and also distributed.

BSF has always shown a great interest in helping the villagers and also assisting them to lead a very happy and prosperous life. Keeping this trend alive, the BSF went on to organize this programme for all those people who are in need of some attention in Rajasthan villages.

More such initiatives and programmes should happen on a regular basis as this will for sure help the lives of thousands of villagers. There are so many people out there in the rural areas that have no proper access to electricity. So, for such people, having solar plates or lanterns will certainly mean a lot. If the lives of these people improve, then India as a whole will also develop into a better nation in the coming years.