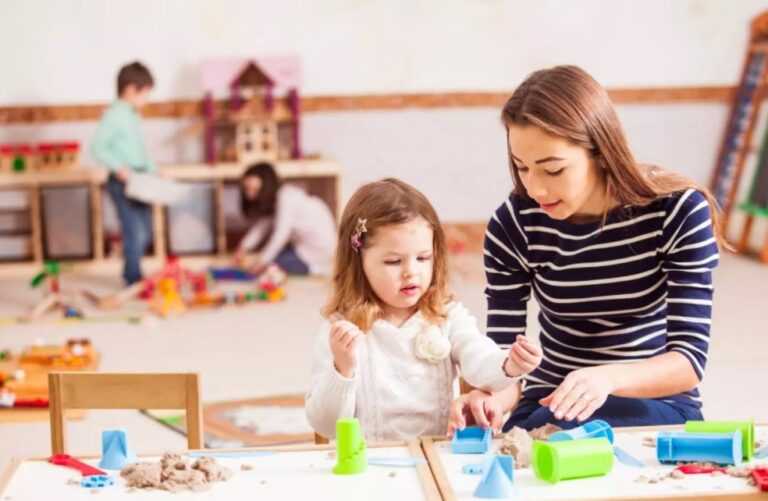 Each of us has work responsibilities that are spread out throughout the day. These are most often job responsibilities that are set to jobs and by employers. But each of us has a family and children that need a special care on weekdays when adults are at their jobs during working hours. Classic kindergartens are not always the best choice that parents can decide on. There are other solutions such as playgroups or group homes where children are left in care which are better known as child care homes. What is this about?

Group day care homes are legal places where you can leave your child in care. These are private homes of specially trained child care providers who are certified and can care for children throughout the day. It is a concept that is accepted throughout the United States and is especially applied in California where most parents decide to leave their children in such a home place in a classic kindergarten. Why? Because there they are constantly together, playing, cooking together, and most importantly – eating healthy meals and snacks that the guards prepare for them. We are sure that you would like this option for your child, but before that, it is good to know the new legal rules.

Recently, ie last year, California passed new rules that are implemented by law. These rules provide guidance regarding the care of children and their care during the day. The rules should be respected by those who have decided on such work, and for that control is exercised by the state itself. So let’s see together what those rules are, that is, we bring you directions and tips to understand these rules. So let’s see together!

What are the news brought by the child care law?

There are certain news and changes that have been adopted with the new law on care and custody of children in group homes. Today we will work on this topic together and give you some tips and guidelines to make it easier for you to understand everything that is new in this law. So let’s see what exactly is said in it and what are the reliefs and changes that are brought with it.

1. There are several types of licenses and certain facilitations associated with them

Previously small day care centers were once considered for residential use, but this is no longer the case. People who want to open such a day care can now take care of children and get the license they need. All they have to do is submit a plan, announce the plans to open such a center, and submit everything they need from documentation to get the license they want. It is not complicated at all and it is much simpler than it was before, which is a great opportunity for all those who already have such a center or want to establish a new child care center in one day.

2. Previously there was a typification that allowed to get a certain license, now it is a thing of the past

If previously there were certain restrictions on whether or not someone will get a license, now it no longer exists. Now anyone can get a license and build a home without any restrictions on the size or type of construction. Previously, there were certain restrictions and rules related to the building, which today are no longer an obstacle to refuse a license, say dcins.com, which elaborated in detail what was presented as a change. Licensing is easier, which means that more such centers can be opened.

3. If this center is in a rented space, the owner can not decide what will be in the space

These centers can also be in a rented space. These spaces have their own owners who have the right to know what is going to be in that space. But if in the past they could determine whether or not there should be a children’s day care center in the area, they can no longer make such decisions. From now on, such centers can be opened in rented spaces without the owner having the right to say what will be open in the space, which is a relief and an additional opportunity for those who have the idea.

If earlier the concept said that such centers should be opened in the home of a child caregiver, today it optional. The new law allows anyone with a childcare license to open a day care center in their own home, but also outside of it. It is a great relief and a great chance for anyone who wants to open such a home, and it gives space and to invest in a beautiful arrangement of the space and its specialization.

5. Providers of such services should still pay attention to the law and everything should be according to the rules

What is important to know is that those who provide such services should still be guided by the law and fulfill what it prescribes. When something is done it must be regulated and controlled, but it must also be done according to rules which means that service providers of this type were guided by the rules, but they should continue to be guided by the rules according to the law which now is changed and improved so that they can function better and easier.

Today we tried to bring you up close the latest changes that were made last year. From now on, every parent will know how these group care homes work, but all those who would like to open this type of facility where they will take care of small children while their parents are at work will be more familiar. From now on, things are much clearer.