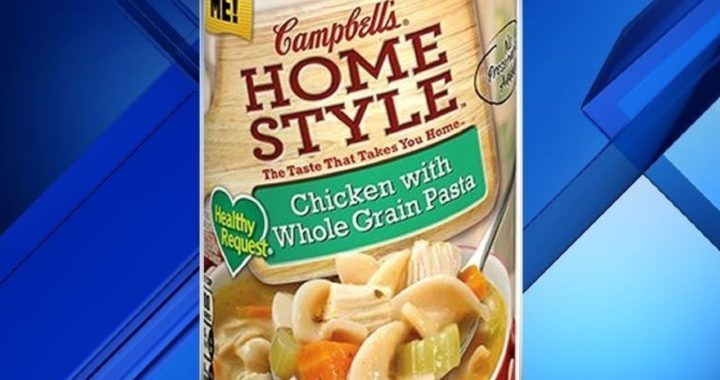 Because of a slight mix-up in misbranding due to a crazy switcheroo, the Campbell Soup Company had to recall their Homestyle Chicken Soup cans. The company recalled nearly 4,185 Pounds of home-style chicken soup products on Saturday.

The mistake was first discovered on Thursday by Campbell. The corporate office of the soup company was contacted by a lot of consumers complaining that their product cans had the wrong product packaged that day. This prompted the Inspection and Food Safety Service of US Department of Agriculture.

The Inspection and Food Safety Service of US Department of Agriculture announced a recall of class 1 due to this misbranding and allergens that were undeclared, mainly milk. According to this class 1 recall classification of the US Department of Agriculture, the product with this recall can cause a health hazard situation and there is a high probability that using this product would cause adverse, serious health consequences or even the possibility of death.

According to the Inspection and Food Safety division of US Department of Agriculture, there have been no reports of reactions of adverse sorts, which have been confirmed yet. The department still recommends all the users, who have accidentally eaten this soup due to being unaware of the mix-up and are concerned about any kind of reaction due to it, to go and contact the healthcare provider who knows their medical history.

The consumers that have questions regarding the recall can contact the consumer affairs of US Department of Agriculture or Campbell Soup Company by calling their customer care number, which is available on their respective website.