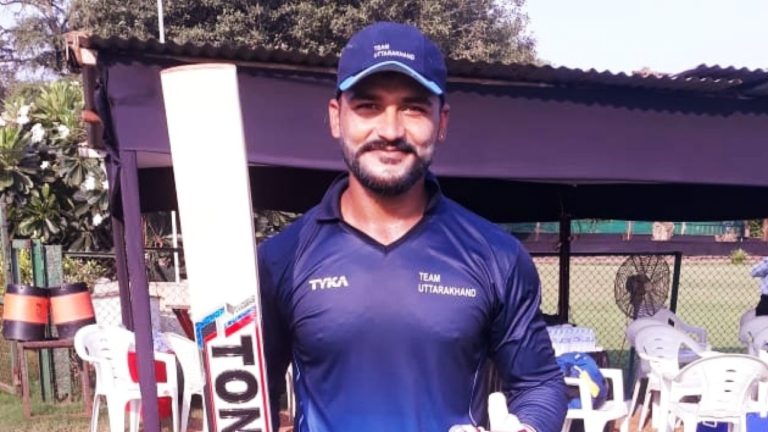 Cricket, in India, is the most loved sport. This game has eclipsed all the other sports in the country including the National game, Hockey. Cricket players are treated next to God by their crazy fans.

Cricket players have secured the position of role models in the lives of many. One of the greatest fans of captain cool M.S. Dhoni named Karn Veer Kaushal has recently smashed the record of Ajinkya Rahane, one of the players of the International Cricket team. This 27-year-old is Uttarakhand’s finest opener. He is the first ever double century scorer in the Vijay Hazara Trophy match.

Elated by his record-breaking innings, he exclaimed that he did not even know that he had broken the record. Only when he came to the pavilion his teammates informed him about the same. He said that he had no knowledge of the previously held record.

The story of Record Breaking Innings

Scoring 202 runs off 135 balls, Karn Veer Kaushal hit 18 boundaries and 9 huge sixes. Not only did he break Ajinkya Rahane’s record but also shattered the record of highest opening stand in List A cricket of the country along with his opening playmate Vineet Saxena. The duo scored 296 runs which helped Uttarakhand to reach 366 runs in fifty overs with the loss of 2 wickets. The match was played at the GS Patel Stadium located in Nadiad.

The words of the Man in news

The record-breaker stated that his senior, Vineet Saxena motivated him on the field. Kaushal gives credit of his successful innings to Vineet who constantly stood by him and acted as a guide on the field. In an interview with Times of India, he declared the day to be the most memorable one. He was astonished that the records came his way as he had no knowledge of the same before thrashing the records.

He admits that he is an admirer of MS Dhoni and just like the Captain Cool, he wishes to become a world-class finisher. Initially, Kaushal was a Table Tennis player. His friends made him skip school and forced him to take the Cricket trial. He got selected and the journey of this young player started.

The young Dehradun player has high hopes in the upcoming Ranji trophy tournament which is commencing on the 1st of November. The nation is looking for another cricket legend in this young player.