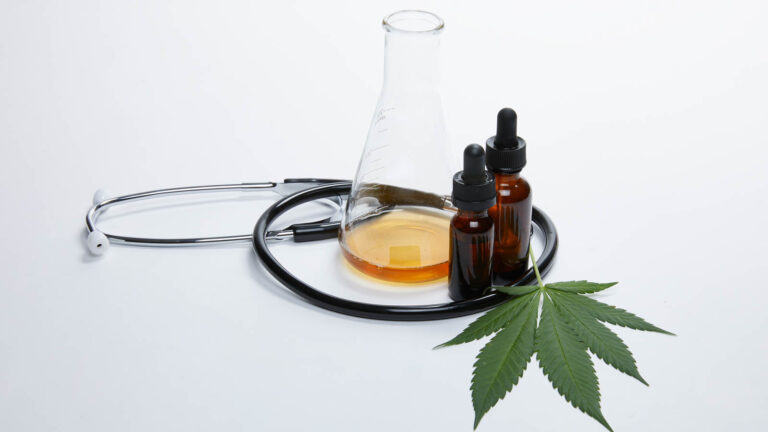 Those suffering from asthma know very well there is no cure for it. The only thing you can do is find a way to manipulate the symptoms and decrease them to the point they are no longer so intense. So, in the case of asthma, doctors say there is no alternative but to use medications. But, are they right?

Many have been proven wrong because the legalization of medical marijuana or CBD has shown to have a very beneficial effect on most medical conditions one gets stuck with, “for life”. However, many also have prejudices and doubts about it, due to all the negative marketing hemp was exposed to in the past. As opposed to the regular marijuana used only for the sake of getting high, CBD has other intentions. It works differently as well. The compound used for the purpose of getting high is at such a low rate in this oil, that it is impossible to reach that effect. On the other hand, the beneficial effects on the human body are being discovered every day. So far it has proven its beneficial impact on a patient suffering from diabetes, hypertension, depression, anxiety, cancer, chronic pain, heart disease, and the list continues. It also comes in various forms, suitable for the application, as it is listed by Lazarus Naturals.

But coming back to asthma, there are many benefits of using this oil. If you have been wondering what they are, or what you can expect from it, continue reading this article.

1. It acts as a bronchodilator

What happens in medical conditions such as this one is that the airways become so blocked, resulting in breathing difficulties. Having not enough air, a person starts panicking and therefore suffocates. It’s also a reason why sounds occur when people with asthma breathe. As if you can hear how difficult it is for the air to reach the lungs.

Earlier researches have shown that the THC from the hemp dilates the airways, making breathing easier. Hemp contains crucial compounds that have the power to make the airways wider for the air to reach the lungs, which is the number one difficulty people suffering from asthma have to cope with in each seizure.

Another study has shown that this oil has a protective impact o the lungs. It may be hard to understand, but it’s the truth. The study was made based on the research conducted on lab rats exposed to different types of compounds, including the oil. The result was that CBD was the only one that could prevent airways from constricting.

As mentioned in the beginning, asthma seizures manifest in the constriction of airways, where air circulation becomes limited. Regardless of the way one consumes it, the oil acts as an airway opener, making breathing easier as well as its circulation towards the lungs.

It’s also well known for reducing inflammatory processes in the body. Asthma is nothing else than a constant, very boring inflammation of bronchi, that is active even outside of seizures. When they do happen, the inflammation gets worse, resulting in constant bronchial muscle contraction, tiring the lungs. Breathing becomes one hell of a work.

What was found out, not so long ago, is that the human body has a unique system that is activated by CBD, and which is crucial in creating a balance within. The receptors of this system are also located inside the lungs and play a key role in regulating muscle contraction in different metabolic processes. It’s indeed a work of art. The oil interacts with this system and creates an anti-inflammatory effect. By reducing the inflammation in the breathing system, one can say that asthma becomes bearable or even curable.

All of what was written is backed with scientific research data, as well as this point. It was discovered that the oil receptors result in lowering muscle spasms. Muscle contraction in the human breathing system is exactly what complicates breathing when one suffers from asthma. Human airways are in fact smooth muscles that deteriorate, narrow down, and inflame during the seizure, making breathing very difficult. Using the oil in these states makes the muscles more relaxed, less tense, resulting in the opening of airways and breathing normalization.

With all the air circulation difficulties and muscle spasms, what people tend to experience is chest heaviness and pain. More than 70 % of people experience this. Taking pain killers is ok from time to time, but since they also have their side-effects, and since asthma is a lifelong illness, it’s not such a smart idea. How does CBD help in this case?

We’ve mentioned earlier the system (endocannabinoid system) that gets stimulated by it. The same system is in charge of a sensation of pain. By using oil, the pain is reduced, and there are no side-effects since it is completely natural.

Asthma can be triggered by various things, from being inherited via genetics, to developed due to some allergies we’ve acquired through time. It can also be triggered by a bacterial infection. At an early age, mostly, we’re prone to collecting different bacteria, such as streptococcus. It leaves a long-term side effect on the organism, like the irritation of the breathing system with different agents. In the beginning, the doctors give us medications, antibiotics in most cases, which further result in developing resistance. They do help in the beginning, but later show no effects whatsoever.

All the products based on oil are very successful in reducing inflammation and asthma caused by bacteria. Especially streptococcus, which we already mentioned as the most common trigger.

There are many states not directly connected to asthma, CBD has an influence. For example, it is expected a person might go into a sort of panic when experiencing a lack of oxygen circulation. It also reduces the anxiety caused by the condition, making it easier to cope with any sensation experienced, no matter how unpleasant it is.