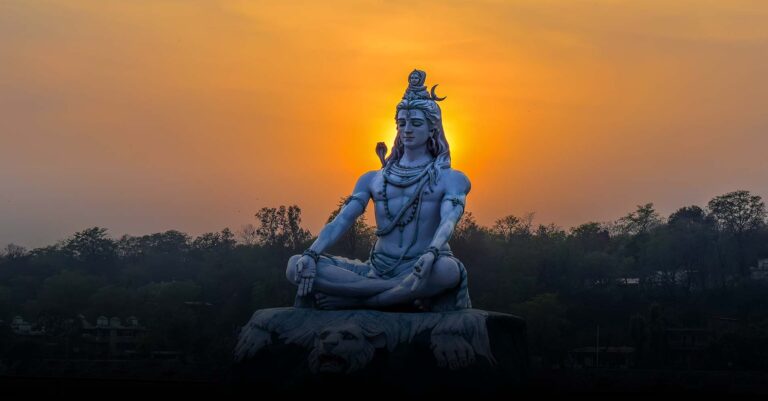 Maha Shivratri is one of the most revered and awaited annual Hindu festivals which is celebrated across India during late winters every year. Throughout history, every year, 12 Shivratris are observed amongst which Maha Shivratri is considered as the most auspicious. It is the day when devotees seek the blessings of Shiva and remember the message of overcoming darkness and ignorance in the world.

People celebrate the festival in different ways. It includes yatras, fasting and different festival activities. Devotees also spend time singing bhajans and recite other prayers dedicated to him. Shiv tandav stotram is integral to the occasion as well. This year, the preparations have already begun, and the devotees are ready to celebrate it on a grand scale. You can download high quality HD version Shiv tandav stotram here.

There are several interesting legends and stories related to Shivratri. It varies according to regions and communities in India. Some believe that it is on this night, the cosmic dancer or Nataraja, as he is famously known, performed the heavenly dance of creation, preservation and destruction. Others believe that on this auspicious day, Lord Shiva married Goddess Parvati. Thus, their bond, togetherness and love are also remembered.

Again, it is remembered as the day when Lord Shiva overcame the darkness.
According to some lore, Lord Shiva saved the whole world by drinking poison that came from the ocean. Interestingly, it is believed that he stored it in his throat which then turned blue. This gave him the name Neelkanth. Beliefs may differ, but devotion and celebration is a notch-higher during this time.

It is important to note that Maha Shivratri is a joyous festival but at the same time, it is the day when people reflect and introspect themselves deeply. It gives the message of looking forward and sacrificing everything that impedes us from reaching our goal.

Devotees of Shiva remember the occasion in different ways. Some show their devotion by fasting all throughout the day. While others consume fruits and milk alone on the day. Depending on the region, communities get together for puja in the morning and take fasting together. After the fasting is complete, families cook delicious food the next day to break the fast. It is a happy occasion for family members and the communities to show their dedication and commitment.

One of the fascinating elements of Shivratri is jaagrans. A night-long celebration where devotees engulf themselves with the spirituality of the festival by singing, chanting and meditating. Bhajans, Aarti and Mantra that involve Shiv tandav stotram are regularly sung. You can listen to classic and most loved Shivaratri devotional songs on Carvaan Mini Bhakti. The easy-to-carry portable media player and high-quality sound can help the devotees to dive into the spiritual sphere easily.

Devotees often reminisce of Shiva’s dance, chant hymns and sing songs to join the cosmic dance. Shiva Tandav Stotram was written by Ravana as he was one of the most ardent devotees of Shiva. It is praise written for Lord Shiva and reminds of the cosmic dance. Devotees believe that singing it can remove all evil energies. It further describes the fearlessness and beauty of Shiva.

There is a great story behind how Ravana created this song for Shiva. The legend says that Shiva once granted a boon to everyone who would praise him. Ravana, who was powerful and a demon of the demons once tried to lift Mount Kailash. This displeased Shiva and he crushed Ravan’s toe. To escape the wrath of Shiva, Ravana sang the praise song. As Shiva was fond of music and song, it pleased him to no end. Ultimately, this is the song that came to be known as Shiva tandav stotram. Devotees recite it even today to please Shiva.

Thus, there are dance festivals that are conducted across different regions. Various temples such as Khajuraho in Madhya Pradesh, Konark in Odisha, Chidambaram in Tamil Nadu are lit with activities and festive spirit during Maha Shivratri. During the festival time, thousands of pilgrims travel to the famous Pashupatinath Temple located in Kathmandu, Nepal. The sadhus also visit the temple during the occasion.

The recent Covid-19 pandemic will drastically affect the way Maha Shivratri is celebrated this year. Although devotees are committed to making the occasion big, the restrictions in place and safety protocols should not reduce the aura of the occasion. Music and songs have always been an integral part of all Hindu festivals in India. And it is the same for Maha Shivratri. If you are unable to go out of your homes, play the best Shivratri songs in Carvaan Mini Bhakti.

It is believed that chanting mantras can change your life and imparts strength, positivity and peace. You can listen to some of the most popular Shiva bhajans and aarti on Carvaan Mini Bhakti. It includes Om Jai Shiv Omkara, Har Har Mahadev, Satyam Shivam Sundaram, Shree Natraja Stuti etc.

The most loved mantras like Om Namah Shivay sung by Jagjit Singh, Shiva Gayatri by Suresh Wadkar, Shri Vilvashtkam, Kashi Vishwanath Suprabhatam and many more are available as well.

Various studies also suggest that repeating these mantras is good for your physical and emotional well-being. Carvaan Mini Bhakti can help you maintain the spiritual atmosphere in your home during the Maha Shivratri festival. Moreover, you can teach your kids by playing these devotional songs easily. It is helpful for the elderly in the house to listen and find peace as well.

Since Lord Shiva is known for meditation and yoga, you can listen to the soothing mantras, bhajans and aarti while meditating and celebrating the grand festival of Maha Shivratri. You can either give a Carvaan Mini Bhakti to yourself or present this valuable gift to others amidst the blessed time of Maha Shivratri. Happy Maha Shiva Ratri to all!