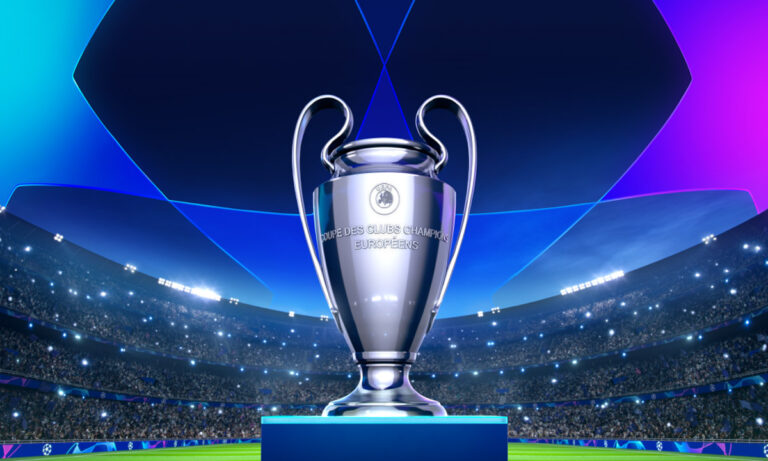 After a long wait, Champions League is once again on everyone’s schedule. Yes, the last season ended late, but with everything going around with COVID-19 and one-legged fixtures, something felt wrong. All of that is about to change with upcoming matches of group stages of 2022/2021 CL season. The first games are almost upon us, and in this article, we’ll try to address the six things you need to know from this year’s champions league draw.

The old one is, of course, the champion – Bayern Munich. So are most of Europe’s powerhouses such as Real Madrid, Barcelona, Inter Milan, Juventus, Liverpool, Manchester United, and many more regular contestants. We won’t count them all in this segment. What’s new? Well, as every year, we have new teams participating for the first time. They are Krasnodar, Midtjylland, Rennes, and Istanbul Basaksehir. All of them will be hoping to leave an excellent first impression and surprise both their adversaries and viewers. Unfortunately, there will be no teams from Slovenia participating in this year’s Champions League group draw as their champion Celje failed to qualify. On the bright side, Slovenians are going to be able to bet on the CL games, thanks to stavidoma.com. Furthermore, all games are going to be played without fans in stadiums unit further notice.

Which Teams Made It to the Group Stage?

As we said, most of the premium European teams managed to get a hold of the Champions League group stages. Group A consists of the holders Bayern Munich, Atletico Madrid, Austrian powerhouse Red Bull Salzburg, and Lokomotiv Moscow. The next in line is the B group with thirteen-time champion Real Madrid, the 2010 Treble winners Inter Milan, Shakhtar Donetsk, and Borussia Monchengladbach. The C group is the easiest group with the likes of Porto, Man City, Olympiakos, and Marseille. Pep Guardiola’s men are looking as early favorites to top this group. Thanks to the likes of Atalanta and  Midtjylland, the D group isn’t far from C, with Liverpool looking as favorites next to Dutch champions Ajax.

The Europa League winners Sevilla look like the team to beat in Group E that also has Chelsea, Krasnodar, and Rennes. Zenit, Lazio, and Club Brugge are looking to fall prey to German runners-up Borussia Dortmund in group F. The two of the most prominent Spanish and Italian teams Juventus and Barcelona, are surefire favorites in group G where Dynamo Kyiv and Ferencvaros are going to fight for their lives and a place in Europa League in the spring. Most fans are also looking for duels between one Lionel Messi and certain Portuguese ace Cristiano Ronaldo. In the end, we have group H where PSG is going to try and make another run for the Champions League title, while Manchester United will try to look like one of their famous teams back in the days of Sir Alex Ferguson. RB Leipzig will fight for the second place and another deep run in CL, while Istanbul Basaksehir will try to make the most out of their first participation.

After the teams were drawn into groups on October 1st, the first matches’ dates were set for October 20th. The last round is going to take place on December 9th, long before the Christmas holidays. Once the champions and vice-champions of all groups are settled, we will have to wait until February and March for the CL follow-up. The draw for this stage will be held in December after the completion of the group stages. What will follow are the draws for the quarterfinals and semi-finals. But, we have a long road ahead of us till that.

The date and time of the Champions League final are long set in stone for this year. It will happen on Friday, May 29th, 2022, at 8 pm BST (3 pm ET). The famous Ataturk Olympic Stadium in Istanbul, Turkey, will be the host of the final game of 2022/2021 CL, the same way it was back in 2005. If you can recall, it hosted one of the all-time great comebacks in the hands of one Steven Gerrard and Liverpool. It’s not a story the Milan fans would tell you.

What to Look Forward to?

While due to the system of drawing installed a couple of years back, the quality of the Champions League was diluted, we are still going to have some massive match-ups in the group stages this year. As we already mentioned, most people are looking forward to yet another classic duel between the two of the biggest football names the world has seen in the last twenty years – Messi and Ronaldo. Barcelona and Juventus are going to fight for the supremacy in the group G while also having their eyes set on the ultimate prize.

Other high-quality matches include the ones that happen between runners-up Paris Saint-Germain and Manchester United. Neymar and Mbappe will be looking to exact revenge on Rashford and Martial for the defeat in 2019. The reigning champions from Munich will have their hands full when facing Diego Simeone’s Atleti. The Madrid outlet became even more dangerous with the addition of Luis Suarez.

Who is The Favorite?

It is hard to single out favorites this early in the season, but as always, the last year winners are going to be the number one team to look after in the CL race. They retained all most their entire winning squad, and with the addition of Douglas Costa and Leroy, Sane look more dangerous than ever. We also shouldn’t look further from Liverpool, who under the guidance of Jurgen Klopp, and late additions of Diogo Jota from Wolves and Thiago from Bayer Munich look capable of fighting on all fronts. Same as every year, the favorites are also thirteen times winner Real Madrid and teams who have two of the world’s best players, Barca with Messi and Juve with Ronaldo. We also shouldn’t forget PSG, who will finally feel as this is their year after hundreds of millions spent and coming close last year.

Who do you believe is going to win CL this season?