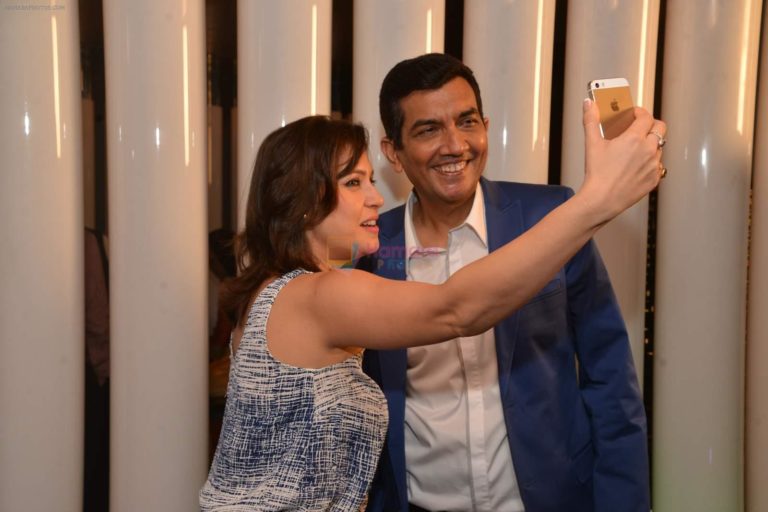 The widely-loved celebrity chef Sanjeev Kapoor is all set for an amazing come-back with Mummy ka Magic actress Amrita Raichand and Saransh Goila on the new cooking reality show. According to recent sources, the show will have a total of 15 episodes airing every weekend.

Raichand, who considers Sanjeev Kapoor her mentor and a true inspiration, seems very enthusiastic for the new show to launch.

“Health and nutrition as a subject is very close to my heart which is why I am exuberant to be able to judge some healthy recipes coming our way and of course find India’s digital chef,” she said, expressing her pleasure and delight to be a part of India’s Digital Chef. She put her gratefulness towards Sanjeev Kapoor forth in some of her interviews, saying she owes her acting career to him and that he was the one to build herself as an actress.

The culinary talent Saransh Goila, who has previously appeared as the guest chef at Masterchef Australia addressed this opportunity by saying, “I started my journey through a challenge seven years back and seven years later, I have an opportunity to find young people who are active digitally. It is quite an honour to be a part of this journey.” Goila swiftly won the Food Food Maha challenge and has since opened a famous restaurant in Mumbai called Goila’s Butter Chicken. His TV appearance has since always been loved by the Indian audience besides his widely-acknowledged food travelogue ‘India On My Platter”

The new cooking reality show by One Digital Entertainment will gather 16 competent participants and make them go through entertaining cooking challenges. A winner will be churned out by the end of the finale episode of the reality show.

India’s Digital Chef aims to embark on a journey to discover and showcase the multitude of unique recipes indigenous to the numerous communities of India, as The Co-founder of One Digital India, Gurpreet Singh pointed out.

“We are looking for the hidden, talented, creative and the next big chef of India. The digital platform is democratic and no better way to give the true chefs a real chance,” He said addressing India’s Digital Chef.

India is in for a delicious journey with one of the most endowed chefs the country has seen. Buckle up and get ready to embark upon a foody adventure with Sanjeev Kapoor, Amrita Raichand and Saransh Goila.