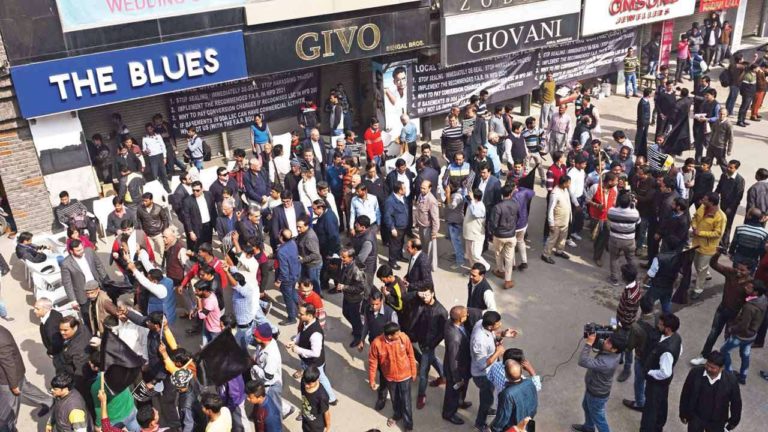 Increasing population and need of space for accommodation of such a huge population has caused a misbalance in the country. India is the second most populated country and its capital has not failed to spoil its reputation in terms of population. The rapid increase in urbanization has worsened the situation. In this scenario, illegal constructions are no surprise to the government and the society.

Recently in the capital city of India, Delhi has faced a massive sealing of all illegal constructions by Municipal Corporation of Delhi (MCD) which is run by the central government. The reason for sealing has not been cleared to the most of the people and apparently, it is to affect more than forty lakhs jobs in the capital city. By the order of Supreme Court of India, a monitoring committee was appointed and in December 2017 the sealing of all illegal constructions including basements, commercial business in residential areas was started.

There have been several protests against the sealing including shutting down all the shops at major places in the city. In spite of all the strikes and protests government has not backed up on its decision of sealing the shops. The strikes by shutting down business would cost an estimated loss of over 3000cr. It is not the first time when the capital city has faced massive sealing. In the year 2006, a similar sealing drive was held by the government. The question arises that does sealing of the commercial business would solve the problem of illegal constructions. Instead of destroying well established commercial shops and businesses, it would have been more appreciative if the government had initially taken privative measures to control these illegal constructions and businesses.

The affected shop owners are now left with very fewer options and it had created havoc in the city. The government though has taken a historic step for eliminating the commercial business from residential areas and has planned running both sectors simultaneously in a parallel manner with certain restrictions. But is eliminating the illegal constructions and businesses is the end of the task of government? What about the affected shop owners and their employability?

There are several eyes on the next step of the government regarding the sealing drive in the city. People expect the government to understand the situation and take certain measures in their favor. The strikes held by the merchants in the city have demanded immediate de-sealing of the shops and wants the sealing drive to stop til June 30, 2018. There are several allegations on the Municipal corporation of Delhi by the traders including inappropriate sealing of the shops, unexplained reasons and sealing despite paying all charges.