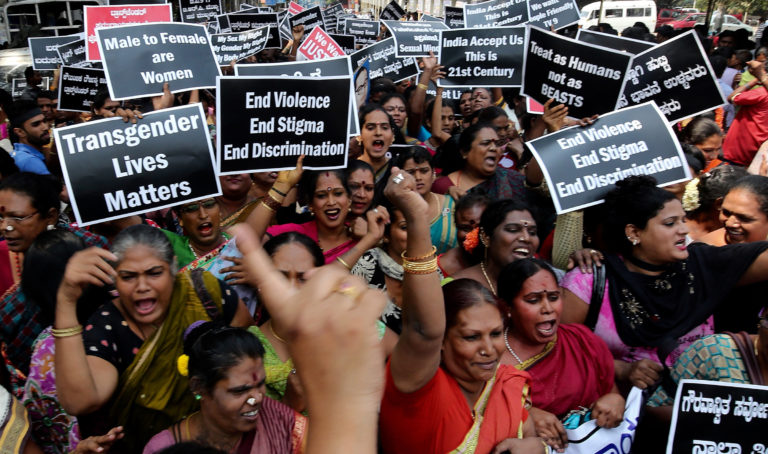 Renting a flat isn’t an easy go on whichever city you are. Same is with Bengaluru and if you are a single that the difficulty level increases to 2 times. But, still thanx to online listings and Fb groups that now one doesn’t needs to move from 1 apartment to another in search of a flat.

Every house you find has its gender requirement given- ladies/gents. So, the question that arises that what if one is a transgender? Would one spend his life on the road? Where would a transgender stay?

So, in order to get an answer to this question a small survey was conducted by Minakhi Mishra. He shortlisted a few of the flats with single occupancy and after going through the description of the flat decided to make a call. He had shortlisted flats from almost all neighbourhoods of Bengaluru.

Out the shortlisted ones, about 42 put him in touch with brokers and 56 with house owners themselves. He called each of them and narrated the same lines- “I am enquiring on behalf of a friend. They work with a reputed IT company and earn a decent, regular salary. They are single and are moving to Bangalore this month. Your rent requirement is close to their budget and they are willing to negotiate too.”

The 1st question which he was asked on every call was What is the gender of the person?
He divided the responses he received into 4 categories:-
1. Totally cool- These were those people for whom the person’s gender didn’t matter as far the person was ready to pay the required rent and follow all the regulations. Plus, there wasn’t any extra rules/ regulations for the transgender.

3. I am okay, but…- These were those categories who were personally okay but still rejected giving the reason that their family or the society won’t let them do this. Thus, avoided any further discussion.

4. Not welcome- This was category who clearly said a NO on hearing it is a transgender.

Out of the 56 owners he had called up 23 of them was in no mood to rent their place to a transgender, the rejection percentage being 41%. Out of the 42 brokers 29 denied, the rejection rate being 69%.

In 7 rejected cases of brokers, he considered speaking directly to the house owner, out of which 3 were eventually convinced.

Though the rejection rate for renting house to transgenders still the situation is not so worse, there are many such owners for whom the gender doesn’t matters as long as all the terms and conditions are accepted. Still, it is better for a transgender to directly contact the house owners rather than through brokers as it increases their chances of getting the flat.