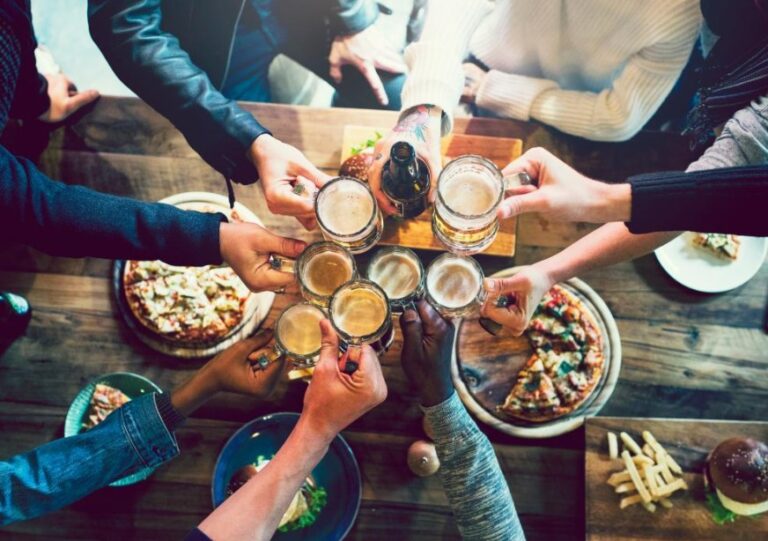 With nearly 90 craft breweries, South Carolina is a great place to sample some memorable beer. The concentration of breweries in the Charleston area means that you can dedicate an entire day, if you like, to touring and sampling the wares.

Enjoy the full flavor of South Carolina breweries during your visit, and while you’re in town, be sure to check out the awe-inspiring historic downtown Charleston rentals. Once you get a taste of the locally made and delicious craft ales, lagers, and porters, you just may decide to stay.

Located in the Avondale area of Charleston, the CT Fermentory has an intimate yet rustic taproom with picnic table seating. Since 2016, this brewery has produced hand-crafted ales and lagers such as Profunda, a rich Mexican-style lager, and Yacht Party, a lighter quaff.

What sets this place apart is the expertise of founder Adam Goodwin, who consistently produces some of the country’s top brews.

This Charleston brewery has three locations: a restaurant and brewery, a tap room and The Exchange, and a bar and retail outlet. It distributes its wares to eight states as well as serves them locally.

Established in 2017, Edmund’s boasts a 20,000-square-foot facility and a reputation for inventive flavors. Products range from Altbier, a German-style ale, to Raspberry Truffle Imperial Stout. With many options rotating on tap, you’re always apt to find a few favorites.

Just outside Charleston in the burg of Rock Hill, Slow Play Brewing specializes in delicious varieties of IPAs. If the weather is fine, bring your best canine friend and enjoy the patio that adjoins the taproom.

Choose from intriguing IPAs on tap, like oreo-infused Court Shoes Only and hazy Squeeze Play. Check out the food truck schedule to ensure your favorite food is available, too, for a robust culinary experience.

Known as Kiawah Island’s brewery, Holy City is in North Charleston. Featuring an eclectic beer menu as well as pub grub and a full bar, this facility is a wonderful place to fuel up when you’re out looking at Kiawah Island real estate or just enjoying a scenic drive.

The microbrew menu covers pale, brown, sour, hazy, cream and stout varieties, so you have many options to choose from.

Coast, another North Charleston brewery, operates out of an old Navy base. One of its claims to fame is the use of organic, locally sourced ingredients in its deceptively simple beer varieties.

Coast does serve samples of its wares in the brewery proper, so you can give them a taste before you commit to an entire glass.

This Mount Pleasant brewing establishment features a rotation of 22 varieties in its taproom. You can also sample the flavors in the outdoor beer garden. Take in one of the hourly tours to see how your favorite brews come together, start to finish.

Snack on a cheese tray while you work your way through a beer sampler, or grab some grub at one of the scheduled food trucks outside. In addition to seasonal mainstays like Mexican Cake Imperial Stout, Westbrook serves a variety of fruity hard seltzers, Gose wheat ales, pale ales, and IPAs.

If your travels take you to the Greenville, S.C. area, Birds Fly South is a must-stop establishment. Creating old-school, farmhouse-type ales, this pioneer brewer is setting the standards for unique, wild varieties. Founders Shawn and Lindsay Johnson opened their doors in 2016 and soon began earning a reputation for finely crafted, rustic farmhouse ales, lagers and IPAs. A few of their award-winning brews include:

Don’t leave Greenville without a quick stop at The Eighth State Brewing Company, a microbrewery with a big impact on the industry. Too small for a tap room, this brewery offers online orders and pickup at its Augusta Street facility.

Some fan favorites include an array of stouts, including Hedylogos Imperial Stout and A Subtle Explanation of Fate’s Role in Nothing Imperial Stout. Artful labeling provides a perfect counterpoint to the quirky titles, making these bottled brews a pleasure to look at and an experience to drink.

A Charleston, S.C. brewery since 2013, Frothy Beard was among the original 10 such facilities in the state. Specializing in fun beer, sumptuous pub fare, and frequent events, the FB taphouse is a great place to gather and enjoy. Its beer menu features seasonals, sours, Kolsch, ales, and IPAs.

Like many of the breweries mentioned above, Frothy Beard also sells logo items like tees, hats, and pins. They have a location in Summerville as well, just in case you plan to visit that South Carolina town.

You can tell a lot about a city from the products they make. When it comes to South Carolina, creative craft brewers have established a reputation for creativity that you’re going to love.