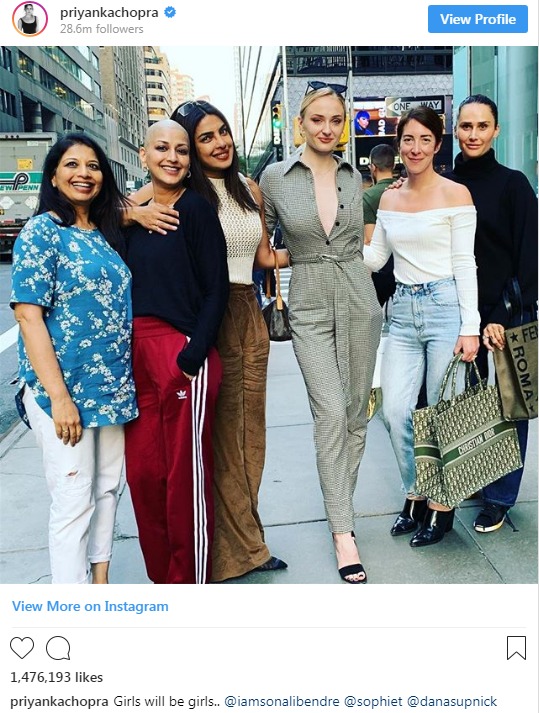 Priyanka Chopra is lately hitting the headlines too often (of course for the right reasons!). While our Desi girl is close to Ranveer Singh, Deepika Padukone, Karan Johar, Ranbir Kapoor, Sanjay Leela Bhansali, Manish Malhotra and few others in Bollywood, she is nothing short of when it comes to her friends in Hollywood. Since the time she gained access to the Hollywood industry, she is repeatedly seen with high-profile celebs.

PC recently uploaded a picture on her Instagram profile, in which she was seen along with the Game Of Thrones star Sansa Stark aka Sophie Turner, Sonali Bendre, her stylist Mimi Cutrell and Dana Supnick-Guidoni, her PR manager. The ardent feminist posted it with a caption ‘girls will be girls’.

We all are aware of PC’s engagement with Nick Jonas that took place in August, this year. Sophie Turner is engaged to Nick Jonas’s brother Joe Jonas. Technically, she is Priyanka’s future sister-in-law. These two couples are often seen going out on double dates. Recently, these couples were seen at the US open match along with PC’s mom Madhu Chopra. PC had even shared their picture on Instagram. 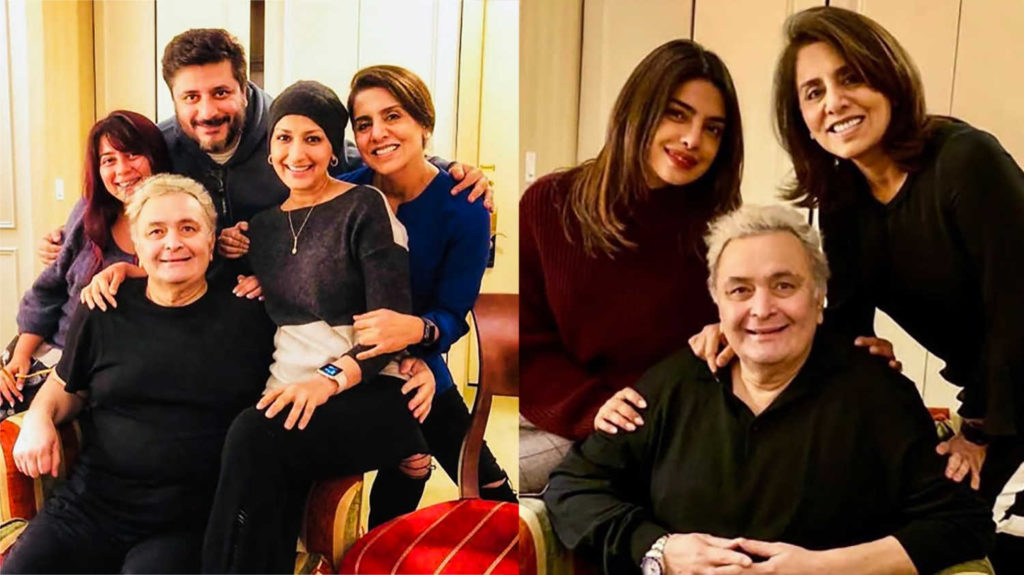 On 9th October, Priyanka attended the Tiffany Blue Book Collection gala in New York. She met Keeping Up With The Kardashians star, Kim Kardashian West, who was there to support the same event. They both even posed for pictures in front of Tiffany’s signature blue wall. PC was seen flaunting her Rs. 2.1 crore Tiffany engagement ring at the event.

This isn’t the first time our Desi Girl is seen during such high profile events and with celebs. PC was seen presenting an award at the Oscars last year. She has been attending the Met Gala event for the past two years. In May 2018, PC attended the much anticipated royal wedding of Prince Harry and her friend Meghan Markle.

Priyanka is really making the best of her time in Hollywood and we wish her all the luck she needs to keep her streak going.