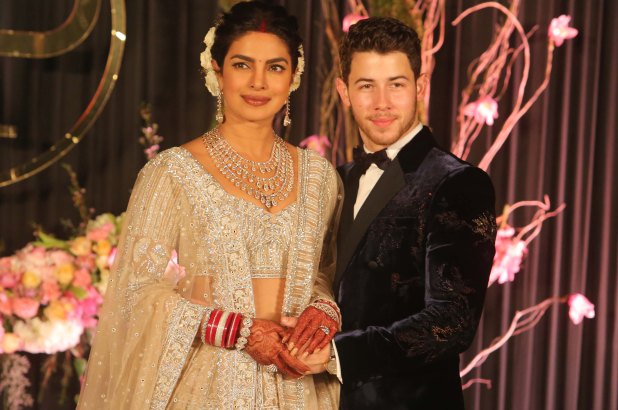 Priyanka Chopra and Nick Jonas are gearing up for a lavish reception for their Bollywood friends in Mumbai.  A video has been posted on Instagram featuring the e-invite of their Mumbai reception. The reception is set to be hosted on 20th December 2018, which is today at the grand venue of Taj Lands End.

The e-invite featured on Instagram is also making rounds throughout social media sites. The video opens with a grand design and goes on to mention the following “With the blessings of late Lt. ColDr Ashok Chopra, Dr. Madhu Chopra requests the pleasure of your company to celebrate the marriage of their daughter Priyanka with Nick (son of Denise andPaul Kevin Jonas Sr). Please Join us for the reception to bless the newlywed couple”

Priyanka Chopra had a fairy tale wedding with Nick Jonas at Umaid Bhawan Palace in Jodhpur in the first week of December 2018. The wedding was a splendid three-day affair. Priyanka and Nick’s family and close friends attended the wedding.

Apart from having amazing ceremonies like Sangeet and Mehendi, the duo tied the knot in two different traditions. Both that of Hindu and Christian. Many VIP friends including Ambanis also attended the wedding.

Priyanka and Nick hosted their first posh wedding reception on 4th December in Delhi for their relatives and friend from Delhi. The honourable Prime Minister of India, Mr Narendra Modi also attended the wedding.

The newly wedded couple was seen during Isha Ambanis pre-wedding and marriage ceremonies. After which they are reported to have been to Oman for few days.

But that is not it! If rumors are to be believed, the couple will be travelling to the sizzling Switzerland for their honeymoon soon.

Apart from Delhi and Mumbai receptions, the couple is to hold another reception in the United States. The USA reception is exclusively for their close friends and relatives of the West.