Did you know how much Salman Khan got paid for one episode of Dus Ka Dum? 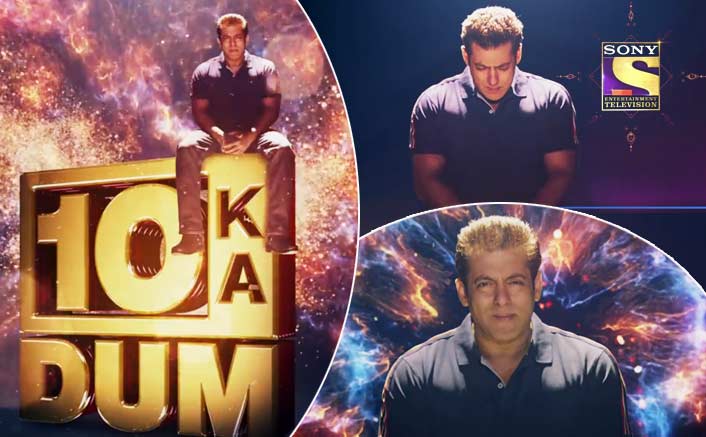 Salman Khan is back in the third season of the reality TV show, ‘Dus Ka Dum’ but only the channel knows the hard work they have done to bring back the ‘tiger’. However, seriously, was that actually the hard work or the hard money? Look’s like it was both.

One of the most successful Bollywood actors, Salman Khan has increased his fees to fifty-one percent more than his previous seasons of the same show. He haughtily added that he would come back only if he was given this set amount of money.

According to the news report by ZEE News, the superstar has demanded a whopping amount of Rs. 2.5 crore per episode.

Not only has the channel said yes to this demand, they are even planning to bring him back next season. Look’s like someone is desperate. The makers wanted Salman to host the show due to his own input of quirky one-liners that keeps the audience hooked and keeps bringing them back to the channel again and again.

This news was confirmed by a local daily who said that previously the actor was being paid Rs.1.65 crore per episode. However, this time by quoting this hefty amount, the star has broken all the previous records for hosting reality shows.

Interestingly, the star has left behind stars such as Amitabh Bachchan and Shahrukh Khan, in terms of the fees. Moreover, this amount is more than what he asked for ‘Bigg Boss 4’, and that’s saying something.

Currently, he earns Rs. 2 crores per episode for ‘Bigg Boss 4’, and this is a package deal, which includes public appearances among other things.

It is said, an ugly episode with the ‘Dus Ka Dum’ makers has forced the star to ask for this hefty amount, nonetheless, his wishes are being fulfilled and that’s what matters.

Unlike the previous seasons of this show, ‘Dus Ka Dum Season 3’ is tailored only for common people. The previous two seasons saw a flurry of Bollywood actors wanting to share the stage with the ‘tiger’. As of now, the makers are contemplating whether to feature the show form Monday to Thursday or from Monday to Friday.

Sonali Bendre is diagnosed with Metastatic Cancer; Here is all you need to know about this cancer