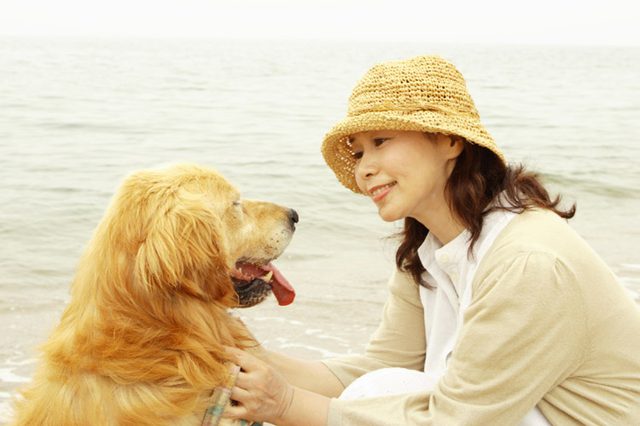 Springer conducted a new study and concluded that different parts of a dog’s brain process the emotions that are reflected on your face and they then react accordingly.

Moreover, the researchers Marcello Siniscalchi, Angelo Quaranta and Serenella d’Ingeo said that they can sense when you are having a bad day, their heartbeat goes up when that happens.

This study was conducted to see how and what kind of connection dogs share with people. Another thing that was revealed in the study was that different parts of a dog’s brain work together to process human expressions and work accordingly.

It is said that living in close proximity to humans they slowly learned how to process the myriad of emotions that are plastered over our faces at any given time.

Not only can your dog read you like an open book but they can also pick up the cues reflected in your body language, odor, and voice.

In the study, twenty-six feeding dogs were shown photographs of a man and a woman with each photo expressing the six basic human emotions of happiness, anger, fear, surprise, sadness, disgust, and neutral. The cardiac activity and response of those dogs were increased when they saw expressions of anger, happiness, and fear. In addition, they took a long time to resume feeding after seeing these expressions. Increased cardiac activity after seeing these expressions indicates a higher level of stress.

These results also supported the studies that were conducted on other mammals. Those studies suggested that heart is the organ that is responsible for fight or flight response necessary for survival.

These conclusions were published in the Journal for Learning and Behavior.