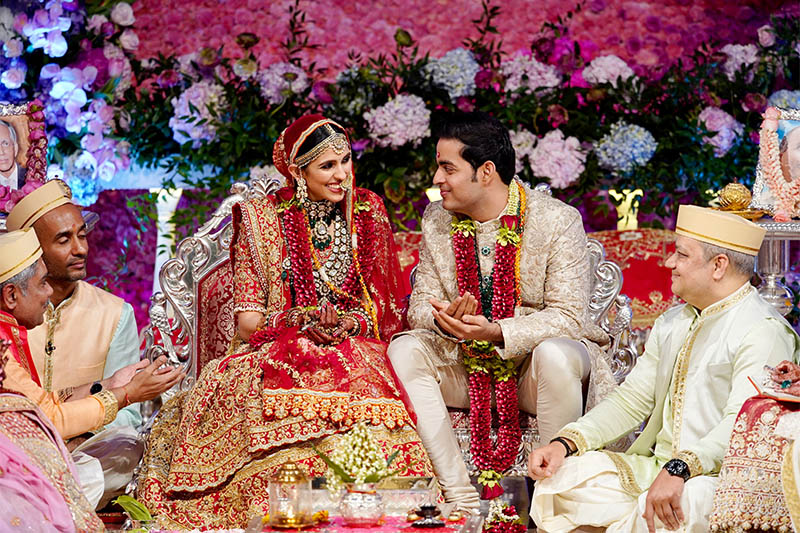 What is an indispensable part of every Indian wedding? Bollywood songs! If you don’t have an idea what your playlist might look like – our advice is you can never go wrong with hits. However, why would they rely solely on this year’s hits?

Some things just get better over the years. No matter how many years pass, no one will be immune to the first sounds of Shammi Kapoor – your feet will take you to the dance floor alone.

So, don’t forget about the classics, and so treat your guests of the older generations with an unforgettable evening!

We have some tips for you that can help you complete every ceremony (from Mehndi to Mangalsutra) with hits to enjoy with your friends and family. 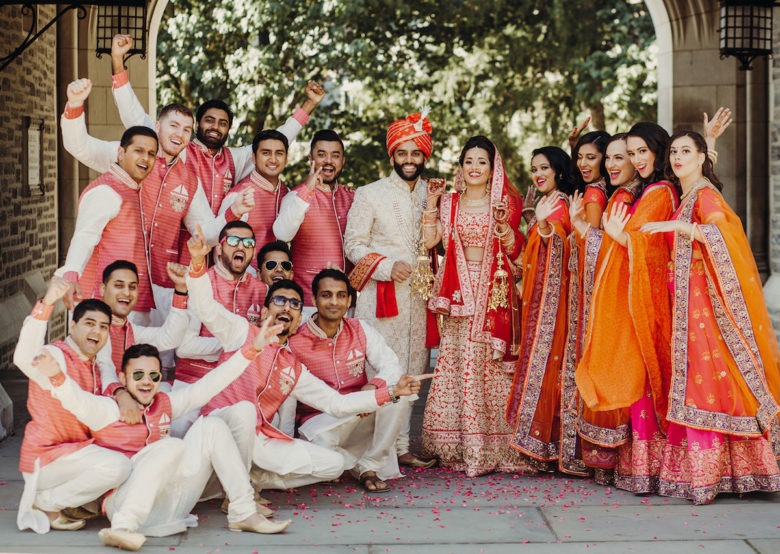 How many peoples, so many different traditions. Henna or Mehendi ceremony takes place in India the day before the wedding, where the bride chooses patterns to draw on her hands and feet.

The ceremony is as important as the wedding itself, as a festive dinner is organized and guests dance and sing in honor of the newlyweds. However, it is not eaten at the same table and everyone is served when they are hungry and when it suits them, without paying attention to others.

If you find yourself a guest at such a gathering and you are not sure what you could sing – we have a proposal. You can never go wrong with a Mardal song from the famous Indian film Devdas sung by Madhuri Diksit in a squeaky voice. 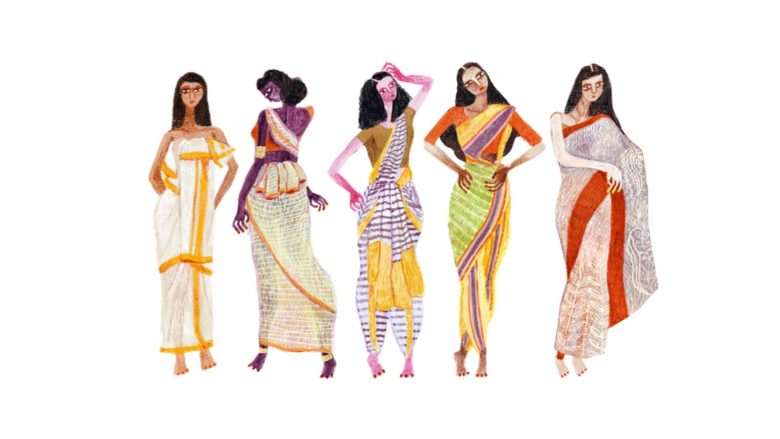 The mehndi ceremony is followed by a wedding. All are invited to wear saris. Newlyweds can be dressed, for example, in a red costume with gold sequins, ornamented with flowers.

The Indian wedding is reminiscent of a theater play and has very interesting choreography. The bride tries to hang the groom around the neck with a necklace of jasmine and roses, and he needs to defend himself, which is wholeheartedly assisted by a family who does not want to lose him.

An interesting part of the ceremony is the preparation of the campfire. A priest arrives who has pre-prepared sandalwood, butter, rice flakes and other ingredients needed for a good married life, and then the newlyweds throw it all together in a fire.

The groom promises to bring all the money to his wife, and she promises to manage his property well and prays not to go to the world before him. Then the newlyweds cycle around the fire seven times, with their eyes down, with the bride walking in front of the groom and leading him tied behind him, and then he leads her.

Some of the immediate family binds them to one another with the help of a long veil they wear with traditional costumes. In the end, each nun puts the newlyweds in their mouths a kind of Alva, for good luck, and then blesses them with their hands on their heads.

As you might have noticed in the history of Indian wedding dancing is a must! If you are a groom, get ready in time and find out what hits you can make your dance fantastic.

We have selected some romantic classics from the best Bollywood films and all of them you can hear at pagalsongs.

Planning the perfect fairy tale wedding has never been easy and it is always exhausting. However, when the whole organization is over and the wedding begins – none of this was in vain.

Therefore, dear young ones. If you have planned your wedding almost completely, do not be relieved if you have forgotten an important detail – a song!

Your appearance, overall decoration and more … After all, it would be a shame not to have a well planned and good appearance. Whether you show up while you are covered with rose petals or appear like a real princess on a horse (because why not) – it doesn’t matter.

Whatever impression you plan, you need a good song. Here are some suggestions for you:

Piya Tose Naina Lage – The song that marked the 1965 movie Guide, and hopefully your most important day! Enjoy.

Aaja Piya Tohe Pyaar Du – An unforgettable 1967l performance by Lata Mangeshkar in Baharon Ke Sapne. If you want your appearance to radiate tenderness, then you need to put this track in your repertoire.

After the ceremony involving the exchange of rings between the bride and the groom is completed, we can move on to the dance floor.

Let the party begin, and we have something for the groom and his crew:

Yeh Shaam Mastani – This famous romantic song is performed by Kishore Kumar in the role of Parekh in the Bollywood film Kati Patang.

Your favorite day can’t pass without Mehendi and Sangeet.

Mehndi Laga Ke Rakhna – This is a song from Bollywood movie Dilwale Dulhania Le Jayenge. It is performed by Lata Mangeshkar and Udit Narayan.

It is known as a song that is used very often during wedding ceremonies, but also as a pre-wedding song.

Every dance performance of a couple must include this hit in their repertoire:

India is a land of incredible contrasts, long history, and rich culture. Each region respects its customs and music, which are far more diverse in that it is the second-most populous country in the world. It is an interesting fact that there are over 100 different dances in India.

In this large number of traditional dances, Bollywood stands out the most. The Bombay-based film industry is Hollywood’s biggest rival, and Bollywood films are recognized for their indispensable dance numbers. And it was these Bollywood tunes that made many young married couples their most important day in life.

Therefore, choose carefully when it comes to the numbers that will be heard during your ceremony. We hope we have given you some good ideas, good luck!

Where to find Tamil Music Online

Tips to Stay Up to Date with the...