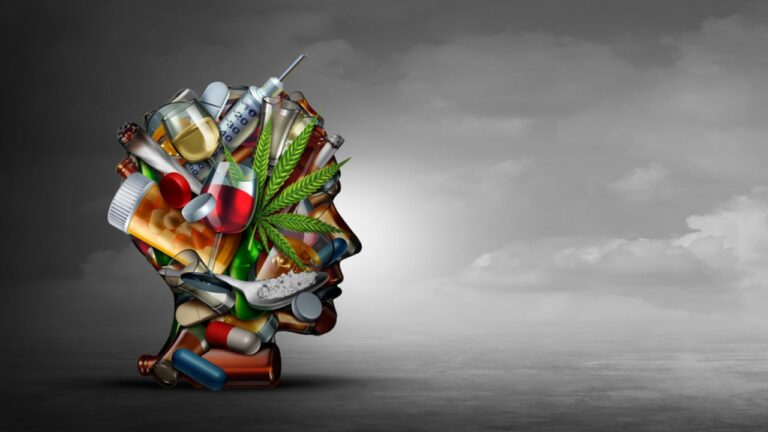 The usage of drugs and addiction caused due to them has a direct relationship with bad mental health because the drugs affect the brain in the worst possible manner. The usage of chemicals in the drug works in a way that kills the brain health of the user. If we don’t treat the mental condition on time; it can take the worst shape. The users experience mood the entire day. The working of a brain takes place in a manner that destroys mental stability. The user is no more capable of making a decision, he deals with depression, his life becomes doomed and he thinks that his life is blank. Drug abuse also causes mood disorders and then the user suffers from two diseases at a time. Instead of dealing with anxiety and depression, it’s better to ask for help and take treatment from the recovery center.

Most of the rehab centers located in our localities do not separate the treatment of males and females. They keep them together during the entire treatment. Sometimes, it happens that some males and females are not comfortable with this situation. They don’t feel comfortable while sharing their issues in front of the opposite gender. In this way, the true essence of the treatment remains incomplete because the addict keeps his feelings with him. He doesn’t feel satisfied with his treatment because he doesn’t share and express openly. Therefore, it is necessary to offer a separate treatment facility for men and women drug recovery treatment. How separate treatments will help us out? Let’s have a look.

These therapies are a necessary part of the treatment. Therapies’ true essence lies in opening the heart and sharing your feelings and emotions. In group therapies, people talk about how they started doing drugs, how they suffered, how their families got affected, what symptoms and difficulties they felt, etc. Many people start doing drugs when they go through the worst relationship breakups. Many people are sensitive in opening up and they don’t want to share their life stories, experiences, and issues in front of other females and males. They feel shy and hesitant when it comes to opening and sharing your heart. In this way, the true meaning of group therapies is affected. Also, some personal issues are just confined to females only. Talking related to them in front of makes may cause an awkward situation for the therapy participants.

The bodies of males and females are made up differently. The males require a high number of calories as compare to females according to their body structures. When we discuss foods, every ingredient has a different effect on males and females. Some foods are safe for males but in females, they cause thick hair development, high estrogen levels that can lead to abnormal development of women’s body parts. Such issues are guided better when females and males are separate. Learn more at OceanRecovery.

Consequences of not taking treatment

People who ignore their addiction and do not opt for treatment face severe consequences in many cases. Nobody can kill their addiction while sitting at home. Every drug addict needs help and assistance otherwise day by day his body will become more dependent on the drugs. Professional aid is compulsory for speedy and long-term recovery. The suggestions of the professional and experienced medical team are the only solution to come back to life. In case you ignore health, there are countless issues that a user will face.

Such people will fail to perform. They won’t be able to think and make a decision with a strong mindset. Their brain will slow down the working and they will find difficulty in understanding that what other person is asking about. They will fail to answer when people will ask them about their perspectives because they are taking drugs for a long time. Those drugs have taken their understanding power and now it’s not possible for them to gain that strength back. They often feel confused about their life. They have no aims and goals left. They live meaningless life. All they know is drugs. They may get involved in risk situations. He may get caught while illegally getting drugs.

Many drug addicts start robbing and stealing things when they don’t have enough money to buy drugs. Their addiction will make them lose their control and they may get involved in unprotected sexual activities. People who inject drugs in veins mostly sit in groups and all of them use the same needle to inject the drug. This situation can make them a patient of Hepatitis and AIDS. The concentration at work also becomes poor. Many drug users lose their job due to unprofessional behavior and their family bears financial crises as a result.

Many relationships come to an end due to misunderstandings and situations caused by extreme drug abuse. The user ruins his physical health and suffers from extreme weight loss. They suffer from nutritional deficiency. Their sleepy cycle has no discipline. There are some hormones produced in the human body when they take proper eight hours of healthy sleep. When they don’t give their bodies proper sleep, their physical health starts declining. Drugs use weakens their physical health as well. A drug connects the damage from one organ to another. For example, they damage many organs once at a time. They start from the brain but affect the heart as well.

Wondering how the heart gets damaged? When the individual consumes drugs, the heartbeats change. It depends on the type of drugs that we are using i.e., stimulants or depressants. In the case of stimulants, the beat is fast, and in the case of depressants, it gets slow. Also, the lungs are highly damaged. Later on, the drugs start damaging the liver as well. Alcohol users are mostly found with severe liver issues. In this way, the drug develops a damaging connection in the entire body. The damage of one organ leads to damage of the other organ. As a result, the entire body suffers.