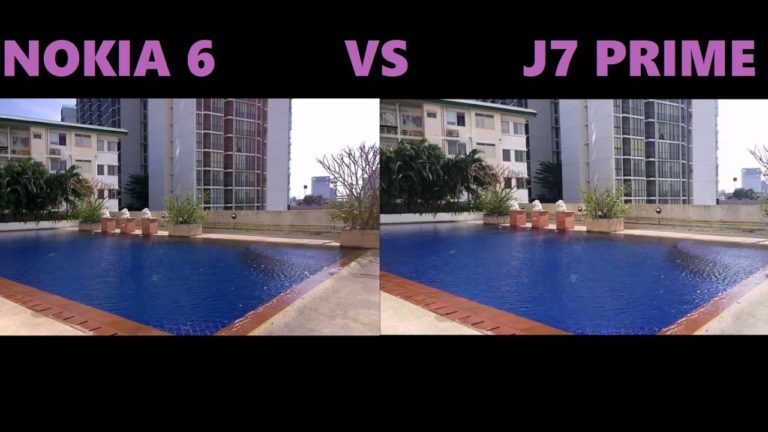 The Samsung Galaxy J7 Prime and the Nokia 6 were released practically at the same time to compete for head to head in the Mid-Range market when talking about that market, I can’t seem to remember the last time it was said that the Mid-Range market was bad quality Phones from weird and up-and-coming Brands that just couldn’t compete with the big boys in the High-End Market.

But the tables have turned, with the Mid-Range Market engrossing most of the users nowadays, the big brands had no choice but to begin competing in that market as well, we now see Huawei, Apple and Samsung manufacturing devices to compete with Oppo, OnePlus, Honor and Moto.

First off, the Nokia 6 rolls in with a whopping 5.5 inches display and a body-to-screen ratio of 70.7% very slimmed down bezels on the sides, and a resolution of 1080 x 1920 pixels with IPS LCD technology, protected by Gorilla Glass 3.

The Samsung J7 Prime tells a similar if not identical story, also rolling out a 5.5 inches display with a resolution of 1080 x 1920 pixels with PLS LCD technology, and protected by an unknown generation of Gorilla Glass. Samsung has always bragged about their PLS screens stating it has better viewing angles, at least 10% more brightness, and being 15% cheaper to manufacture.

When it comes to camera power, the Nokia 6 has a sixteen megapixels f/2.0 rear camera with Dual LED flash. The frontal camera comes with eight megapixels f/2.0 both capable of recording 1080p video.

The Galaxy J7 Prime has a thirteen megapixels rear camera f/1.9 and a single LED flash. The frontal camera comes with eight megapixels and they both are also capable of recording 1080p video. As you can see, both terminals have nearly identical Camera Power.

Both handsets feature Fingerprint scanners, which isn’t very standard for mid-range devices up until a couple of years ago.