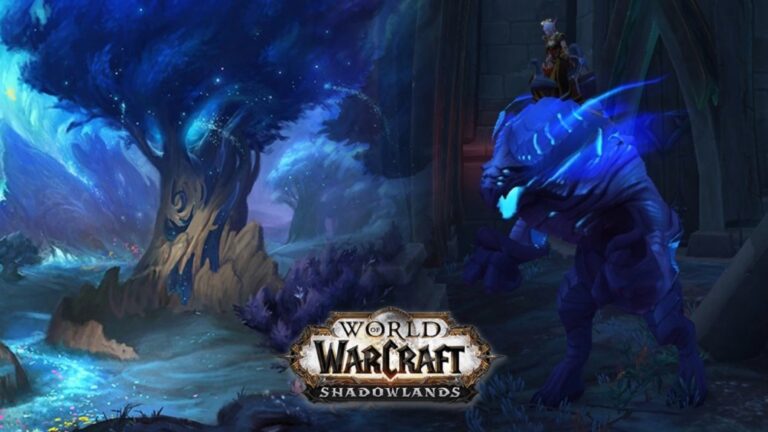 As World of Warcraft is becoming a popular multiplayer game amongst many, it becomes equally competent. This is why to play the game to its fullest, it is important to have the best knowledge about the game and also have boost tools like https://buy-boost.com/wow/sepulcher-of-the-first-ones-sotfo-boost.

Mounts are one such important aspect of this game. Mounts refer to the popular mode of transportation in World of Warcraft in which players travel on the backs of various unique machines and beastly creatures. Traveling by a mount is nearly always quicker than running or walking in the game. These mounts can be accessed from the ‘Mounts and Pets’ option window. Aside from these, as a class perk, paladins, death knights, and warlocks can learn to unleash mounts.

The Blisterback Bloodtusk is a dark skull boar mount that drops from Warbringer Mal’Korak which is a scarce NPC who emerges at the bottom of the central tower in the Unyielding Assembly, far south to the House of the Chosen located in Maldraxxus.

Furthermore, the rare mob that drops this is not always active, requires a group to kill it, and has an extremely low drop chance. It is a ground type mount and its speed depends on the riding skill of the players. This mount is usable to all of one’s account’s eligible characters.

The Swift Gloomhoof is a lovely nightmare-themed unicorn mount. It is a flying type mount and can only be accessed by those players who have already completed two quest chains in and around Glitterfall Basin. It necessitates some walking around Ardenwald and interacting with some hidden objects.

Numerous people appear to be unaware of it, as the element that begins the sequence to obtain this mount is hidden above Tirna Scithe in the southwest side of Ardenweald and lacks a treasure chest logo.

One can get there by utilizing challenging athletics as the mount is a rare find. It is important for one to complete two quest chains that begin in Glitterfall Basin. The attainment “Sojourner of Ardenweald” is a great way to know that one has completed all of the quests required.

Bastion is the home of the Silverwind Larion. It is a stunning white and silver armored larion. It is a flying type mount and one should be at Level 60 and be patient to acquire it. To acquire this mount, one simply needs to be patient and focus on collecting fifty hidden crystals spread throughout the zone.

One can also use shadowlands add-on like HandyNotes to be able to do that task with at least a bit of ease, since this task can seem pretty impossible without the use of such an add-on.

If one enables the HandyNotes in one’s World of Warcraft world map, it will indicate the position of every crystal in the region. Once a crystal is collected, it will vanish from the map, so one won’t have to keep a record of each and every crystal. Some crystals are hidden away inside the caves or on cliff faces, hence if the map indicates that the crystal is there, it is. Once all the fifty crystals are collected, one would be able to get access to the Silverwind Larion at the Bastion.

The Ascended Skymane is one of the Shadowlands’ new unicorn-like mounts. It is a flying type mount and one should have a capable team to conjure the rares to acquire it. Before one goes crazy attempting to get this mount, one should keep in mind that its model is extremely similar to the mount one would get after earning 100 Exalted reputations.

This mount requires a complicated element gathering as well as many days of sustained effort to unleash. This makes it one of the most valuable mounts from World of Warcraft: Shadowlands.

Players should gather 8 handfuls of oats, a grooming brush, 4 durable horseshoes, a pail of clean water, a comfy saddle blanket, and 3 Dread Hollow apples to obtain this horse of the damned. And over a span of 6 days, players give all the set of items to the horse in order. They might be able to help Blanchy ride again if they make friends with the creature.

Hopecrusher Gorgon is a ground-type mount that can be acquired by a Venthyr member only. Also, one can only really ride him if one is a Venthyr member. It is a majestic and royal looking gargon. This mount is very difficult to attain hence its name ‘hopecrusher’ completely suits him.

The Wildseed Cradle is a truly one-of-a-kind mount in which the player gets to sit in a relaxed floating environment-themed crib. It is a flying type mount and can be acquired by any type of player. If one is looking for a unique luxury riding, this mount is it. In the World of Warcraft: Shadowlands map, it can be found at Ardenweald and is dropped by the Treasure Chest, that is, Cache of the Moon.

The above are some of the hardest and rarest mounts to find and get in World of Warcraft: Shadowlands. Acquiring them requires patience and time but the utility they provide is worth it. They can help one cover long distances in a shorter time. Hence, if one is looking to make the game more challenging, one can start the hunt for these mounts.