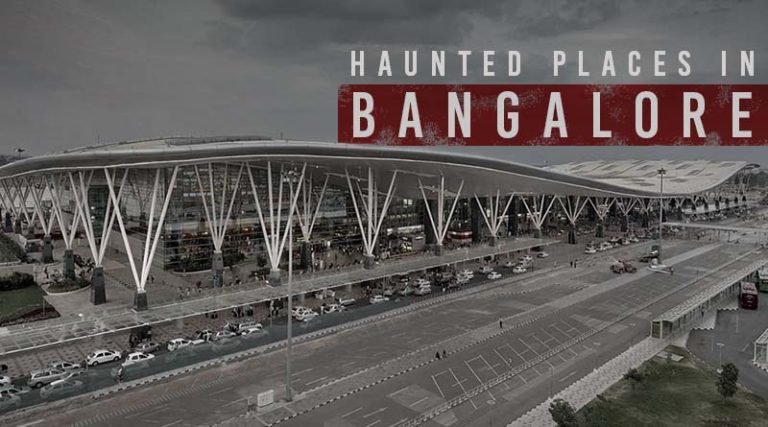 The very unpredictable traffic is not the only nightmare in the city of Bangalore. It has a reputation for spooky spots which are said to be the areas of supernatural sightings. These spots rival a tunnel of horror. This busy city of Bangalore along with its thriving IT hub also is home to a few mysterious and scary places. So if you are looking to visit the other side of the city, here are few haunted places you would want to explore.

It is one of the oldest cemeteries in Bangalore, located near the Old Madras road and the final resting place for hundreds of people. However, a lot of people who have visited this place have told that they felt a otherworldly encounter which they cannot explain. Some recount the horrified experience of seeing a man clad in a white dress roam around the place. When approached he disappears. A few complain of the air in the area being heavy and almost suffocating them. Many say that they feel as if they are being watched when they pass the grave at night. Watch out if you ever plan to visit this cemetery.

This place is well known for its spookiness. Motorists claim to have experienced a paranormal presence when they cross the area. This a very long lonely stretch with graveyards on both sides of the road which is of very less help in removing the fear.Motorists and rickshawalas say that they have been stopped by a woman many a time to ask them for a lift. There is no wonder in the fact that Hoskote route is one of the haunted places in Bangalore.

This hospital which is a century old is located in near city market has been a witness to many strange paranormal sightings. The people at the hospital claim to have seen a ghost wearing a white dress lurking around in one of the trees. This ghost is said to be involved in some fun activities like stealing food and tea from the canteen. If you are planning to visit this place then make sure that you don’t take any food to the hospital.

Next time when you fly just watch out. It is one of the newest addition to the haunted places in Bangalore. Unnatural sighting of women in a white attire has been reported on the runway by the pilots.The ground staffs have reported sighting a woman in white near the cargo area. When approached she is said to have disappeared. The taxi drivers of the airport also claim to have seen this woman.

It might not be a good idea for people who work night shifts to read this. But well, if you are interested to explore some spooky and haunted place in Bangalore, then this is the exact place. The story goes that a young woman, who was a worker at the call centre was hit by a vehicle. The driver left her on the road screaming and eventually she died. It is said that every year on the same day screams could be heard. If you are working night shifts, then watch out!