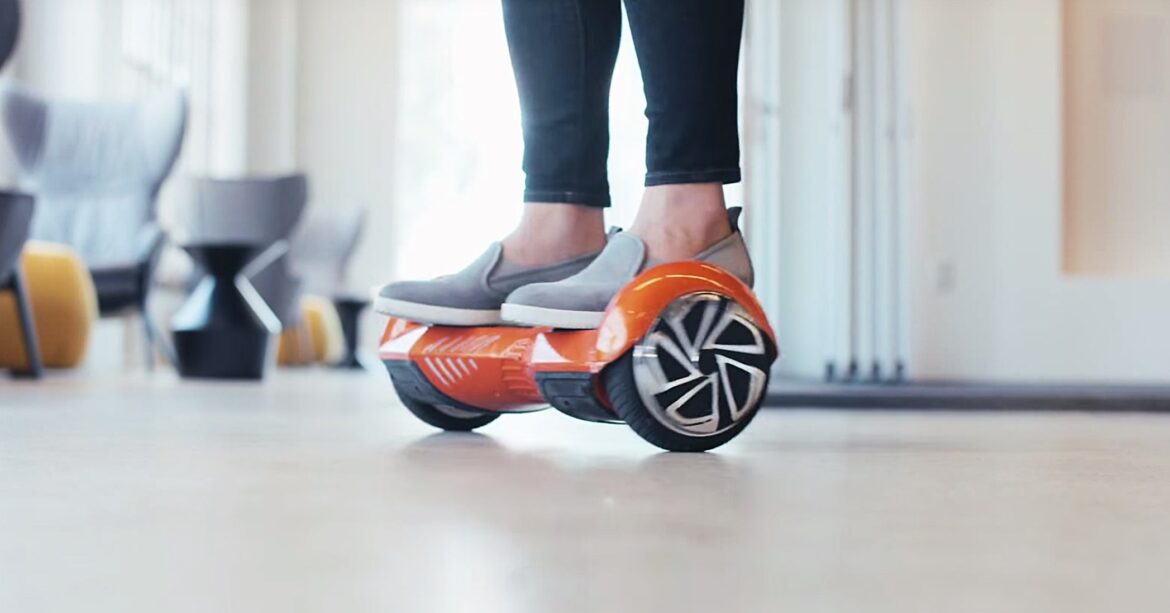 For a long time now, kids, but also adults around you have been riding colorful, modern hoverboards of the latest models and from newest collections, and slowly but surely you get the feeling that maybe you wouldn’t be doing so badly either. However, the memories of your previous clumsy endeavors and scarce talent for sports, as well as any kind of riding any vehicle slowly arouse so many doubts. What if you fail? What if you fall into a ditch on your first try and break your leg? Enough with the negative scenarios – you should start looking at things from a brighter side immediately.

This trend, which has clouded the fame of classics like skateboards during recent years, is still quite current everywhere. Primarily because of the unusual shape of the device, then because of the miraculous mechanism similar to electric scooters (but without the governor or the handle), and then because of the way of riding. Even those who always keep being extremely loyal to old-school forms of entertainment and don’t have an excessive desire to try new things remain intrigued and wonder what it feels like to stand and ride at the same time – without any physical effort.

Whether you’re a mom who wants to pamper their children (but wants to try out this fancy vehicle herself as well), or a teenager who’s looking for new and absorbing endeavors to kill some leisure time, you’re probably wondering how demanding it is to learn something like this. That’s why we give you five reasons why hoverboarding won’t be difficult for you. 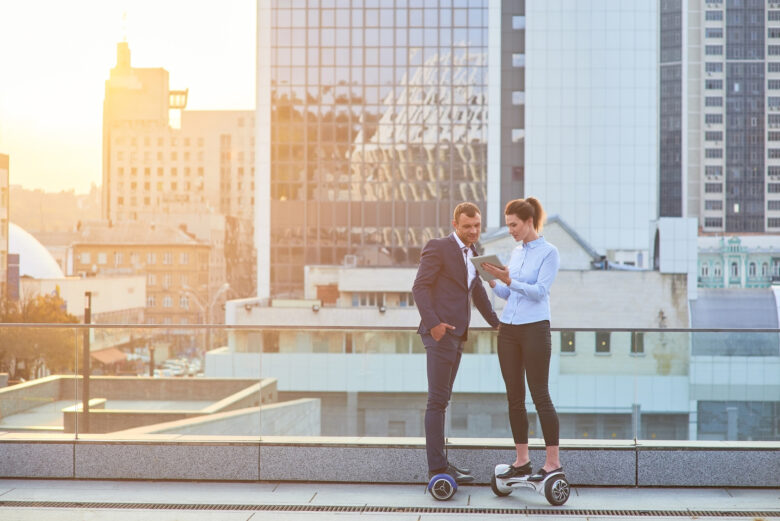 Anything that’s essentially fun for us will usually be a real challenge and we’ll be quite eager to master that segment. Even if the thought of riding a hoverboard seems scary to you, it’s enough to look at how interesting it is for those who have mastered it and how much fun they’re having. The challenge of learning itself is something that’ll help you master all beginner tricks in the blink of an eye. And if you dedicate yourself enough and have enough will to progress, you’ll be able to do countless stunts and acrobatics with no trouble soon!

Why? Because it’s the desire that moves a person and makes even the most challenging tasks easier for them! 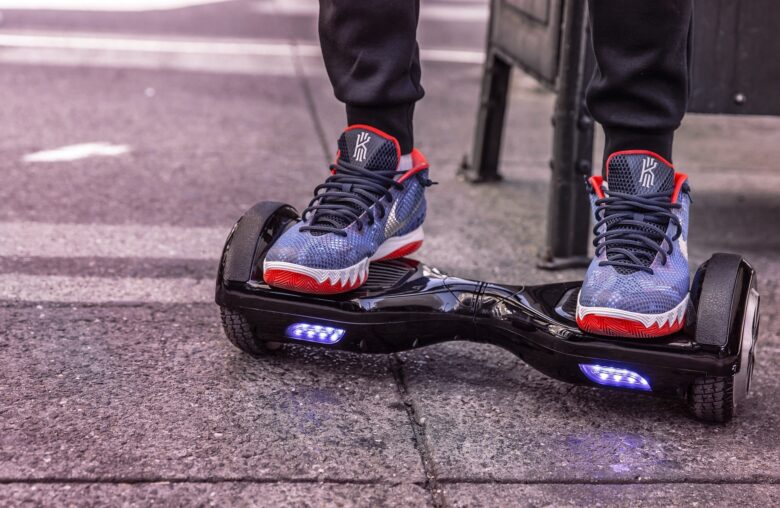 Most of the models you can find on the market today are associated with special apps that serve as a certain kind of remote control. It sounds ridiculous, but the truth is that this type of support greatly reduces the complexity of riding this vehicle. Such mobile applications usually include features that allow you to control the speed – you’ll be able to set the maximum speed at which you want your machine to go and always be sure that unforeseen changes will never occur. Sensitivity to motion is also one of the key options that can be adapted to both younger users and beginners and basically all those who are still unsure of their ability to drive. What could go wrong with this kind of control?

Apart from that, Hoverboardforu explains the significance of stability and lets you know what features you should seek when choosing your brand new hoverboard. Not sure which type is the best? No worries, as they have a solution for that in the form of a cool top list of best and most stable units available on the market.

3. The process is similar to the one of learning how to ride a bike 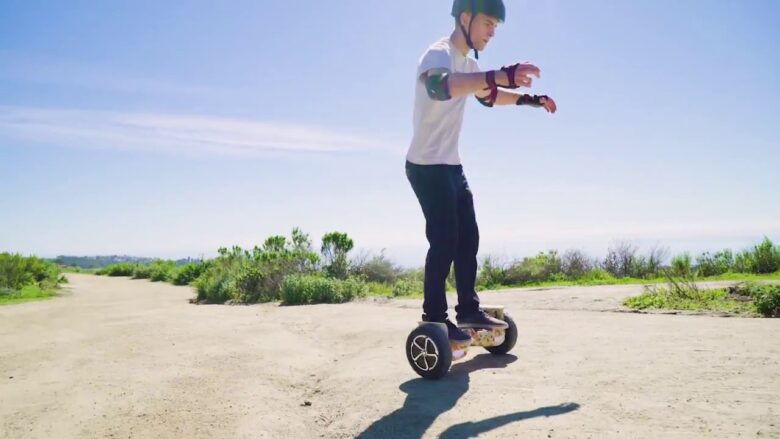 Remember what it was like when you learned to ride a bike? At first, there were falls, hasty movements, hitting each and every bump on the road, and probably a little bit of crying. Or a lot of crying. Anyway – once you understand the principle on which rides work, little by little you’ll start implementing tricks for better balance and over time it will get better. And so on… until you finally learn how to do it.

The situation with the hoverboard is similar. Half an hour is enough for the youngsters to explore the device and examine its main functions – after a few hours, they’ll be unstoppable. Older people and adults may need a little more time, but in the end, it all comes down to the same thing. Once you learn how the mechanism works and listen to the feeling when you get on the machine, you’ll never forget how to ride.

4. The only thing you need to do is stand and tilt 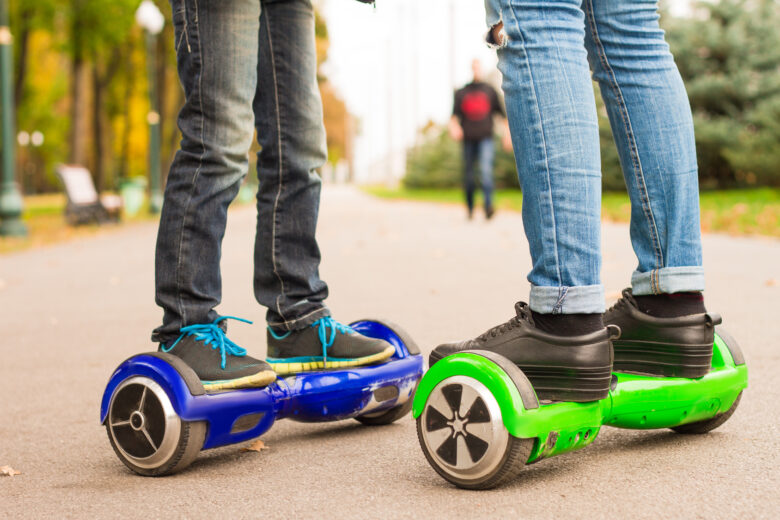 Riding other vehicles, skateboards and bicycles require much more movement and attention. With these, it’s all about the muscles, about various types of moves that need to be followed for our own safety, and require more strength. For a hoverboard, you need to be able to maintain balance with both feet and determine the intensity of movement with a light forward and backward tilts. This is where your physical effort ends, as the motion sensors do everything for you.

The technology responsible for moving the machine perceives the physical contact you make by touching the machine with your feet and thus listens to your intentions and “guesses” in which direction you want to go. Let’s say your device has a mechanic ‘brain’ that tends to listen to your body and keep your wheels going exactly where you want them to. 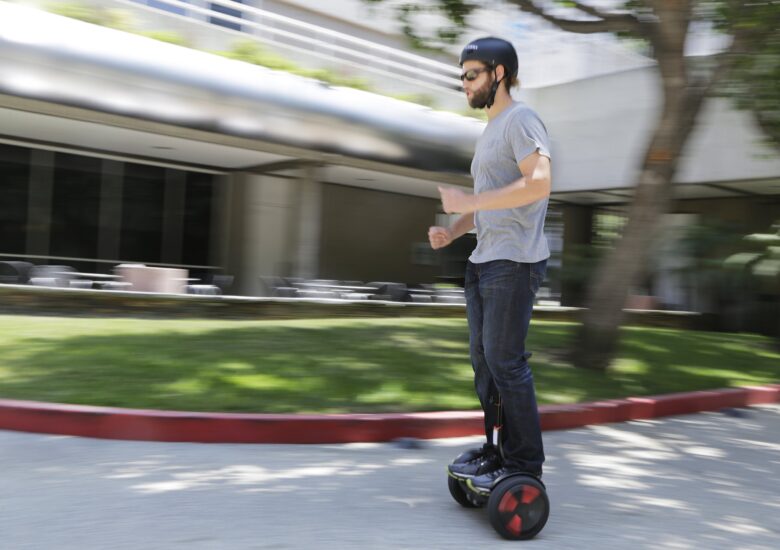 Now you may be wondering – but what counts as ‘similar activities? Well, we already mentioned the bike. We know what we needed in order to learn to ride it and it’s probably something we can all find some dose of similarity with. However, even more, similar options are also rollerblading, skateboarding, or ice skating.

Whichever of these activities you try, you know for sure that the key thing in them is to maintain balance and move in such conditions. And if they went well for you and you did great while practicing them, there’s no chance that the hoverboard will be difficult or even insurmountable for you – you’ll start rocking it in a flash!

Mobility as a Service Platform