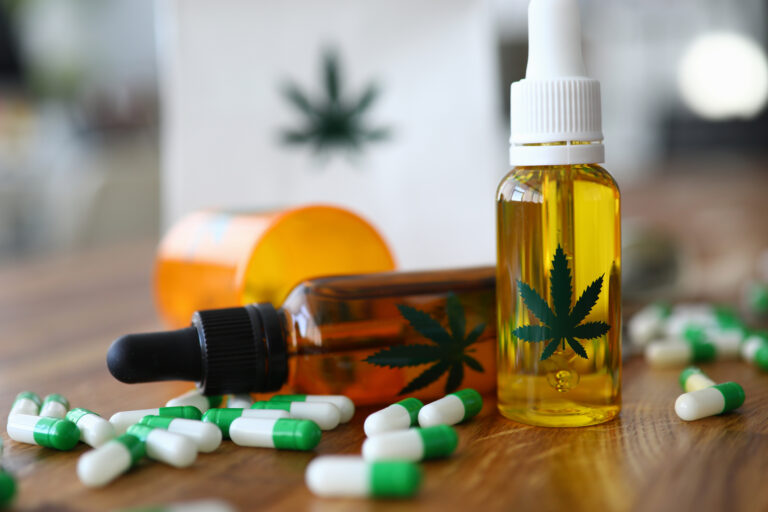 People are well familiar by now with CBD oil since it has made quite a boom the first time it was introduced to the market.

For those who are new to the term, it’s a product gained from industrial hemp flowers and stems. People might a bit suspicious because of the source it’s derived from and the common attitude towards cannabis being used mostly as a drug. This further causes prejudice, thinking that people who use oil are drug addicts. However, the most important thing about the oils is that it contains so little of the ingredient that makes you high and so many others which are very beneficial for the overall health.

Since it doesn’t get people “high”, there is no reason for it to be illegal. And it’s why most of the countries in the world have been legalizing it, progressively. That’s why it’s available for purchase in many stores in countries where it has been legalized. Click here to find out more.

Above all, many who used it are aware of its beneficial effect on the body that they chose to permanently stop using synthetic medications, and turn to the natural ones. So far, the side-effects are almost none. At least not the ones that permanently damage your organs. It’s very rich in vitamins and minerals, antioxidants, and who knows how many more important things for the vitality of our body.

What is particularly interesting, and also the subject of this article is its effect on energy levels and focus.

If you’re interested to find out how they are affected, keep reading this article.

In certain professions that require sharp focus and a lot of energy, it has proven to be very effective. For example, professional fighters, such as those doing MMA, have started using it for many reasons. Here are a few:

It has the effect of a painkiller. It’s hardly necessary to spend a lot of time explaining the connection between pain and focus. When you’re constantly exposed to severe beating, pain is the number one side-effect that appears, preventing you from focusing on your combat strategy. Cannabis and its derivates have been highly criminalized in the last 60 to 70 years, which was the main reason why further and more detailed analysis of the plant and its derivates could not be performed. However, one thing is the absolute truth, and that is the effect its derivates have on the pain and inflammation in the body.

The human body has a special system for managing how we cope with pain, how we process, and how we experience pain. If this system is stimulated, it can activate an anti-inflammatory process in the body, which results in pain reduction (both acute and chronic). This oil has the power to stimulate this particular system, adding to the effect of pain reduction. People who suffer from conditions such as arthritis are very well aware of this, aside from the MMA fighters. They on the other hand are so used to pain, that they developed some kind of numbness over the years of practicing. Since the active matters of this oil are so good at reducing pain, swelling, muscular tension, a simple balm or cream based on it can do a lot of benefits to the fighters.

It speeds up the recovery. The body cannot have the needed amount of energy for combat and maximum power when you’re injured and in need of recovery. That’s another reason why professionals are using CBD. It helps them recover faster from the injuries suffered in the training or fight. As we have already mentioned how it affects pain and inflammation, another thing that influences recovery is good quality sleep. By ensuring fighters have their quality sleep, the oil directly influences the recovery and the amount of fresh energy and focus.

For many, it’s a part of a daily routine, a kind of prevention, rather than a solution to the effects caused by the fight. It guarantees enough energy ad focus is being invested in the training sessions, not just the fights. But also, it’s a guarantee that your rejuvenating beauty sleep will not be interrupted.

Not only MMA fighters, but many other people combating sleeping disorders have turned to this oil, rather than taking heavy sedating medications. There isn’t a single person in the world who can be energetic and have the sharpest focus if they had a sleepless night. This product helps them have a much calmer, stable sleep. Many have stopped experiencing waking up a couple of times per night and having unpleasant dreams, due to being overburdened with problems.

Just a couple of drops has proved to be very efficient with reducing headaches, as well. In case of severe migraines, it can at least minimize the intensity. Knowing that this medicine comes straight from nature, that it’s free of chemicals and other artificial elements is why more and more people are choosing to use it. After all, mother earth has all the remedies we can need.

People working in high positions such as managers are also in need of sharp focus, to be able to make quick and correct decisions. Having enough energy is of great importance for them since they play an important role in motivating others to take on their obligations with enthusiasm. That’s a lot of stress and burden to carry on one’s back. Unfortunately, many people turn to use medications for stress reduction and reduction of anxiety, which is a common result of being over-burdened. Those who tried the oil, have never returned to the usage of medications. The experience of high-level managers has shown that when taken in extreme situations, of high pressure, it ensured enough peace and steadiness, so they could focus on decision making. This directly influenced their productiveness.

A natural product such as this one will completely turn the mindset of people regarding cannabis. Research showing its effectiveness are many, but there will be a lot more coming, as countries are slowly legalizing and embracing its useful nature.