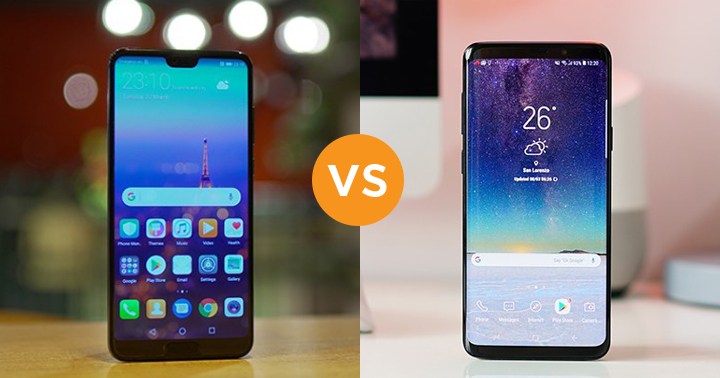 Not even five years ago you would have imagined that one day Huawei and Samsung will be running in the same category and that the first one would be making actual groundbreaking advancements in comparison to the latter who happens to be a seasoned manufacturer that has been competing in the flagship high-end phone market.

Huawei has recently unveiled the P20 Pro and not only it has what it takes to compete against the iPhone X and the Galaxy S9+, it could very well sit on the throne of the best Smartphone to be released this year.

When it comes to the design, the Samsung Galaxy S9+ still resembles that of the S8+, which has infuriated some of the most hardcore fans of the manufacturer, as they were expecting something more, especially when Apple gave the iPhone X such a massive change in comparison to what the iPhone has been so far.

Huawei on the other hand, drawing from the design of the iPhone X has made a somewhat unique move with the P20 Pro.

Huawei gave a drastic change in design if you compare it to the P10, also, the P20 Pro features IP67 waterproofing, while the S9+ has IP68.

Inside, the P20 Pro is powered by a HiSilicon Kirin 970 with 6 GB RAM and internal storage capacity of 128 GB and no slot for expansion.

The Galaxy S9+ comes with the Exynos 9810 with 6GB RAM, and internal storage capacity of 64 GB but it does support MicroSD expansion.

Battery wise, with its 4000 mAh battery, the Huawei P20 Pro is significantly better than the S9+ and its 3500 mAh battery.