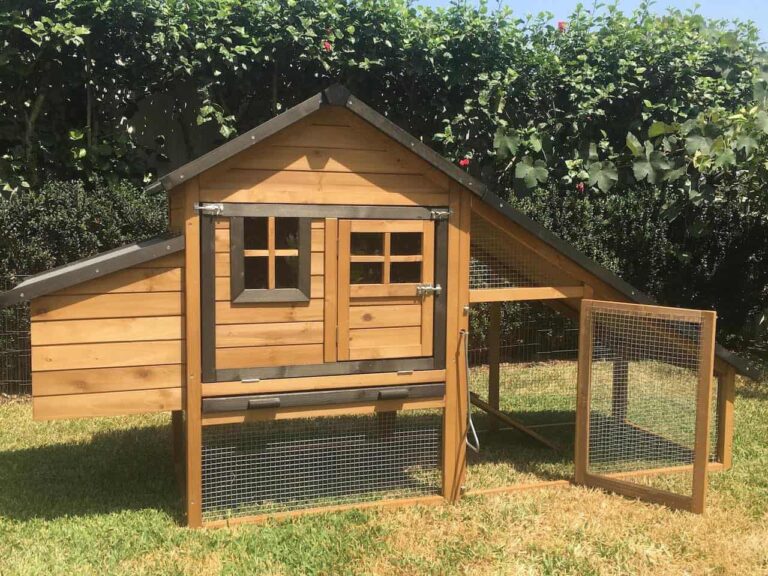 We all love our pets, and we want what’s best for them. We would never be cruel to them intentionally, but the thing is, we sometimes are. It’s just that we sometimes act out of ignorance, which is not necessarily mean or inherently bad, but it is something that we should work on.

A rabbit hutch, bunny house, or bunny coop is an enclosure that rabbit owners keep their rabbits in. It’s sort of like a doggy house but for rabbits. Now, if you know anything on this subject, you’re probably more than familiar with the age-old debate about whether these contraptions are good or bad for the animals.

As expected, some people are saying that these enclosures are outright torture devices and are incredibly cruel, while others claim the exact opposite. As is usually the case, the truth is somewhere in between.

But how can we just say that? Don’t you need at least some evidence in order to dispute both of these claims? Well, we’re glad you’ve asked. We have all the evidence in the world, and we’re going to give it to you. So, let’s not waste any more of your time, and let’s dive right in.

Are Hutches Good For Rabbits Or Are They Bad?

It doesn’t matter which side of the debate you’re on – if you’re in the extreme – you’re wrong. Saying that hutches are good or bad would imply that every bunny coop ever made was exactly the same. It would also mean that every rabbit living inside of it is the same, but let’s leave them out of the conversation for the time being. Our stance is this.

A rabbit hutch can be both a great home for a rabbit and a really terrible one.

How come, you might wonder? Well, it all depends on two things – the coop itself and the owner.

As far as the hutches are concerned – there are plenty of different ones out there. You can get a metal rabbit hutch or a wooden one. You can get a large one and a small one. You can buy the expensive kind or the affordable one. So, to say that they’re universally good or bad would just be wrong because they’re not all the same. Let us give you an example.

Let’s assume that you live in an apartment and that you want to keep a bunny as a pet. Since you wouldn’t want it to roam free around your apartment, you’d get a hutch. So, you go online, and you visit a website or an online store like AIVITUVIN , and you get your pet bunny a nice, spacious coop. In that scenario – a hutch is pretty good for a rabbit.

On the other hand, if you go online and purchase a cage you’d normally keep a hamster in, well, in that case, you should be ashamed of yourself. In that case – it is not good for a rabbit.

Now, let’s touch on the “owner” side of the argument.

Bunnies are really friendly animals, and they don’t really do well in captivity. So, as an owner, it is your duty to provide your pet with proper care. Now, what does that entail?

For starters, you’ll want to provide your pet with a perfect enclosure, enough room to run around, enough food and water, and enough love and attention. We’ll get to the enclosure and running around in just a moment, but for now, we want to focus on love and attention.

Domestic bunnies are very social, and they crave interaction. If they can’t get it from another rabbit – they will have to get it from you. Loosely translated, that means that you’ll need to let them out for a run every single day for quite a while. Also, you’ll have to play and interact with them at least once a day for more than a few minutes. This won’t take long, but it will mean a lot to your pet.

As you can see, there are a few factors at play here, and it’s not just about a bunny coop. It doesn’t really matter if you get them an amazing wooden or a metal rabbit hutch because it won’t be enough by itself.

On that note, let’s take a look at what would make a perfect rabbit hutch.

Finally, you’ll want to find a hutch that’s on two levels so that your pet can have fun climbing up and down. Furthermore, you can’t forget about the litter boxes, food and water dishes, as well as toys.

As you can see, hutches can be really good for rabbits, as long as they’re big enough and as long as you give them proper love and care. Allow them to run around once or twice a day, interact with them a little bit, and maybe get them a buddy. You do all that, and the hutch will become a perfectly good place for your little furry friend.