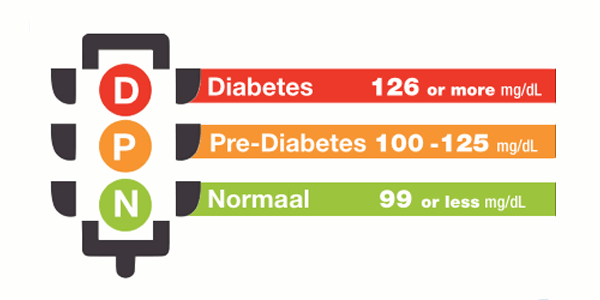 Advances in medicine have helped people cure diseases that had been considered terminal. These people are able to continue living their lives normally thanks to a series of treatments that have been developed in order to help them control an specific diseases for years and for some diseases even completely cure them.

Such advances in medicine have also helped humanity understand that there are ways to avoid suffering from these diseases, even though there are diseases that cannot be avoided but can certainly be controlled with treatment. There are even stages that will help you know if you are likely to suffer from a specific disease. And this is the case with Diabetes.

Pre-diabetes in a state or condition that a person has and that is commonly unknown to them regardless of having some specific symptoms and leading to other health issues. It is considered that a person has Pre-Diabetes when his or her sugar levels begin showing abnormalities.

The person that has diabetes and present a continue increase level in the blood-sugar or they might present sudden spikes. It sometimes happens after enjoying their meal. However, the blood-sugar level is not high enough as to be considered Diabetes.

Pre-Diabetes is the previous stage of Diabetes. A person who is not well aware of his or her stated and pays no attention to its diet, weight, and daily habits regarding stress with the age will be more likely to develop type 2 Diabetes.

Neglecting in treating Pre-Diabetes will not only has Type-2 Diabetes as a result but will also present some damage to the cardiovascular system which can lead to a lot of other health issues. It is very important to go to the doctor when presenting Pre-Diabetes symptoms and follow all the instructions that the doctor gives you. There are even research that have proved the possibility of avoiding eventually suffering from Diabetes if the correct treatment is followed at an early stage.

So, it is very important to remember to go to the doctor when experiencing symptoms that might tell you that something is not quite right with your health. Even if it is not Pre-Diabetes that you might be suffering from, there are a lot other diseases that can be avoided, controlled or completely curd if they are treated with time.

One of the big problems is that most people might not notice that they are having Pre-Diabetic symptoms until they are so strong that the Pre-Diabetes is becoming actual Diabetes. Some of them are actually very similar from Diabetes like blurred vision, increased urination, fatigue, and feel thirsty.

There some reasons why most people do not notice the symptoms of Pre-Diabetes, for example, when there is a spike in the blood-sugar level people might think that it is just common illness or tiredness. Another reason might be the disinformation regarding the disease and symptoms.

Other symptoms of Pre-Diabetes are Acanthosis (thickens and darkens a particular area on the skin), hypoglusemia, and hyperinsulinemia.