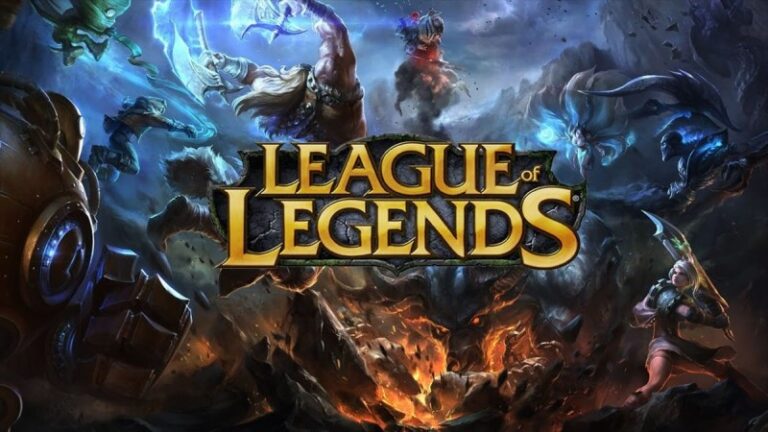 You have entered the interesting world of the League of Legends game and you want to improve your results? Great! This game has become mega-popular among all categories of players – from beginners to professionals. However, if you want to progress – you should know how to improve your LoL gaming skills. We’ll show you some ways you can do it.

You Play LoL But You Can’t Win The Game

When you play games like League of Legends, you often get to the point where you simply want to give up on everything. Whatever you do, you fail to climb the ladder. For most of those who are starting to play LoL, the story is more or less always the same. So, you are happy and determined to trample your enemies and climb the Ranked Ladder – but what’s happening to you is quite the opposite.

The first game starts, and after 30 minutes you look at the screen from which the Defeat message mocks you in bold red letters. Another game, same story. The third game, maybe a little better – but again you lose on a reversal, and it’s a never-ending circle. The story continues until you finally get frustrated and go away from the computer complaining about everything – from a poor choice of weapons to a teammate. Is that really so?

The Mistake Is Up To You!

If you find yourself in the above – the brutal truth follows. Namely, no matter how bad the team is – you are equally bad or even worse! For those who are wondering how this is possible – there is an explanation. You need to improve your gaming skills! If even after 4-5 consecutive games you still can’t win, it means that there is something that specifically causes your games to end in defeat – while the other players climb on the rank ladder without any problems. What do we do then?

1. Try to Find Where You Go Wrong

The first thing you need to do to improve your game is to determine where you are wrong. Now, many will tell you to watch your games again so you can spot mistakes. It can be, but it is not always the right solution. If you are making a mistake, you will not understand it if you see it again. If you understood that it was a mistake – you would not even make such a move.

So, take off a couple of replays of your games, throw in juices and popcorn – and catch someone better than you to watch your games together with you – preferably without teasing you too much. There is a good chance that someone else will see your mistakes much easier than you – and the better player you find to help you, the smaller mistakes will be better presented to you.

2. Start Correcting Mistakes And The Way You Play The Game

You cannot solve problems on several different sides at the same time, but you must focus on solving problems one by one. Let’s say the problem is that you’re dying too much and farming poorly. Start improving with the dying part. Make sure you don’t die at all in the next game. It doesn’t matter if you miss 4 enemy killings – it is important for you that the game ends without you having a single death. If that must mean you won’t have a single enemy killing – so be it. For a start, at least you didn’t give the opponent an advantage – and that’s still better than a defeat. After that, work on the next thing and so on until you start climbing the ladder again.

3. Use Boosters And Professional Player Coaching

Boosters are used by absolutely everyone. Don’t let anyone lie to you and tell you otherwise. Today, you can buy boosters on countless websites that will help you improve performance – but also speed up your computer.

Also, in places like https://eloboost24.eu/, besides boosters, you can count on professional help and advice from pros in this game.

Sharing experiences with other players and coaching can be of great importance for improving your LoL skills. You will be surprised how quickly you can turn the situation in your favor.

4. Don’t Argue! Communicate Nicely And Focus On The Game

Good communication is always the key to success in everything, even in gaming. If someone starts arguing with you during the game – ignore them. If you can’t control yourself and you want to reply – just remember your good friend, the Mute button. If you see the whole team moving to quarrel – just mute the whole dialogue.

It’s one less thing that will distract you from the game. After that, all you have to do is not start a verbal quarrel yourself – and you are good. Even if you think you’re right and your teammate is wrong – you better use those few minutes and focus on the mistakes you’re making, instead of arguing. Why would you try to solve your own and other people’s problems?

5. Be Persistent And Practice

Once you have made sure that your game doesn’t endanger the team and that communication flows properly – the only thing left for you is to play. No one became a professional overnight, so neither will you. If you want to achieve a result, practice is important, but that doesn’t mean that you start the game without the desire to play. It is better to play one game a day to which you will devote 100% of your attention – than to foolishly rush from game to game when your concentration drops.

A golden rule is that if you see that you have lost 2 games in a row – rest for 15-20 minutes, drink water, inhale the air, do a couple of push-ups to make the circulation work, and then try again when you clear your mind.

When playing League of Legends, no one achieved success overnight. Such a thing requires time, effort, and a lot of work on developing and improving your skills. We hope you’ll use some of our tips to improve your LoL skills and manage to climb the ladder. We wish you good luck.