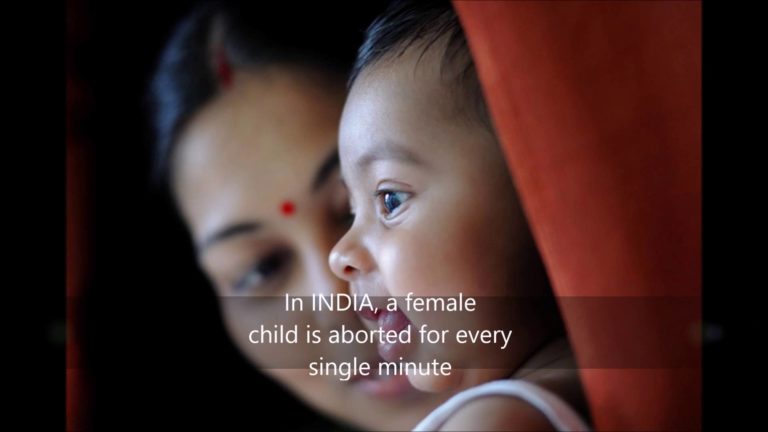 This is not the same with underdeveloped countries. The China, which is tops the world population chart followed by India, is facing a vast increase in male gender ratio with the female gender ratio. The main cause of increasing number of male members is due to gender selective abortion. This is illegal and still they continue to do so, for family reason, to retain property and girl child is an expense for the parents. Yet, what these young boys will do if they are not able to find a partner? They are facing this serious young generation issue in the present world.

India is facing critical problems with sex difference ratio. Even though, gender based selective abortion is illegal and there are many abortions happening due to unfair medical practices in India. Today, the adult men are not able to find a suitable bride in India due to lack of young brides. The female suicidal death in India is still rising, and it comes second in the list after China.

The ultra sound scan and sex determination has led to vast abortion of female fetus with the desire for a male child. According to the latest research studies, there are major abortions happen with female fetus than the male fetus. This is not the rural areas but also in the urban areas, where most of the people are educated.

What will be the case, if ultra sound scanning facilities are not there in a region? They would have delivered a girl child and again a girl child. The consequence will be worst if they did not encouraged girl child. In such case, the girl child may not live for more than the age of five years old in those regions.

The Indian marriages are with a huge dowry, and this is one of the reasons, why they abort a female fetus. They are much expensive and a family cannot afford many dowries on their marriage time. The dowry related death was many in India and are suppressed most often. The dowry-based discrimination has also led to suicide of a married woman.

The research study by Chinese Academy of Social Sciences has concluded that a 40,000,000 adult male under the age group of 20-yers will be more by the women population by the year 2023. This estimate is equal to the male members living in the United States.

In the year 1978, The Chinese Government has implemented one child policy, which was once again withdrawn in the year 2015. Yet, the 37-year gap has seen the vast increase in male population in China. The present gender difference is 130 males per 100 females. Most of the gender selective abortions were of the female fetus. If this condition prevails, the Chinese men will have a great difficulty to find a life partner in the future. The Chinese Government speaking on population issue, where its society prefers male child is a social issue.

According to the WHO (World Health Organization) report, the Chinese women suicide ratio is much higher in the rural province due to gender-based issues. These are mainly due to forced abortion and the desire to have a male child in their family. Another social and cultural reason for suicide is due to discrimination of women in their society. The China tops the list in women suicide chart.

The China is seriously facing the trouble caused due to gender ratio gap. The human trafficking and rise in red-light areas are one of the main reasons due to vast decline in the female sex ratio. Internally they are also facing major behavior problems due to lack of women by the teenage boys to adult man. There is much violence happening in China, which is kept internal and not known to this world.

There are many social organizations working along with government bodies in India to suppress gender selective abortion and say no to dowry. India is a vast culture, and it will be the government’s responsibility to enforce strict laws and punish the culprits. The girl child issues are in media and there are many campaigns going on for their development. Yet, only the future will tell those stories.

India and China are facing the same gender difference ratio. This is a sensitive issue and the government is focusing on other political and economical issues. There are also other nations with in Asia facing similar gender difference issues, where male population outrage female population. These nations are Armenia, Belaru, Azerbaijan, Serbia and Georgia. According to the United Nations report, once South Korea had major difference in sex ration. Yet, now they are through to maintain a balanced population.