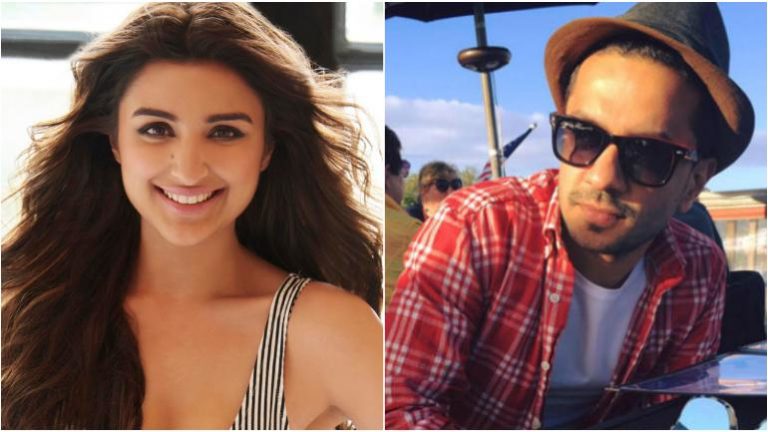 It was huge fun for Parineeti Chopra in her sister Priyanka Chopra’s wedding. She was amused to know about the rumors that were set up during the wedding ceremonies among guests and media. After her sister’s wedding, people have started thinking of Parineeti’s marriage as well.

According to the gossips on the internet, wedding bells are ringing for Parineeti Chopra and her rumored boyfriend Charit Desai. Charit was also a part of the family circle. This so happened in Jodhpur for Priyanka Chopra’s wedding ceremony. Adding fuel to the news was the pre-wedding party picture showing Charit Desai with Parineeti Chopra, her sister Priyanka Chopra and Nick Jonas.

“Absolutely baseless and untrue! I will happily announce whenever I am getting married!” stated Parineeti Chopra as the answer to the wedding rumors. The thirty-year-old chooses to keep quiet about her love life. She says that marriage plans will be according to her mental state of being ready for a marital relationship.

When asked about the inspirations she got from her sister Priyanka Chopra’s wedding, Parineeti wittingly replied. Priyanka married at the age of 36 which means that she has still got 6 years being happily unmarried.

The Kesari actress said that she would like to keep her love life to herself and talk only about her movies. Kesari is a war saga featuring Parineeti Chopra with Akshay Kumar first time on the screen.

Released on Holi, Kesari is one of the costliest films which we expect to set the 100 crore benchmark. It is a story of patriotism, heroism, and nationalism.

Respecting her decision of keeping her love life a secret, we all wish Parineeti all the best for her future relationship and her movie Kesari.